NBA: The day Jordan and a rookie bet their cars: a Mercedes against a Ferrari 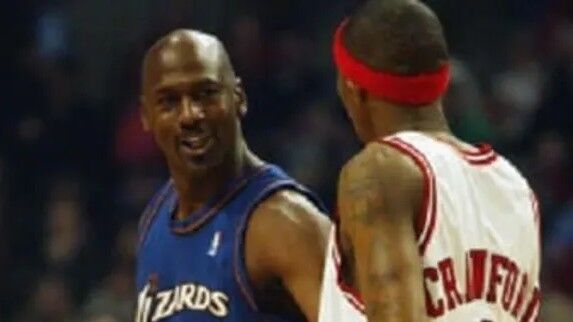 Lor that for many it would be an addiction to the game, Michael Jordan considers it a competitive problem. The passion for betting of the best pla

Lor that for many it would be an addiction to the game, Michael Jordan considers it a competitive problem. The passion for betting of the best player of all time is well known. Perhaps he became one thanks to making his life an exercise in permanent self-improvement, a game against himself, against everyone else, and also against chance. He didn’t care about going to a casino or challenging rivals and teammates in games or training.

That is what he did with Jamal Crawford, who at 42 years old announced his retirement this week. When he got to the NBA he became one of Jordan’s protégés and the two used to train together when they had the chance. Like so many days, the two players fell out, but there was one in which the bets got out of hand. Shooting contests in which 1,000 dollars were played. Then they went up and reached 5,000. Gan Crawford. And Jordan couldn’t take it.

He asked his rival in which car he had arrived at training. “In a Mercedes,” I replied. “I came in a Ferrari. Shall we risk it?”, proposed ‘Air’. The young man accepted. Jordan made all five triples and he didn’t. So he was left without a car.

Crawford has recognized the influence of the Bulls myth in his career, which has lasted for 20 seasons in the NBA after going through nine teams and playing 1,327 games. His greatest achievement was being the Best Sixth Man in three seasons: 2010, playing for the Hawks, and 2014 and 2016, when he was a member of the Clippers.