NBA: The dirtiest and most brutal fouls Michael Jordan suffered in his career… and they didn’t even stop him 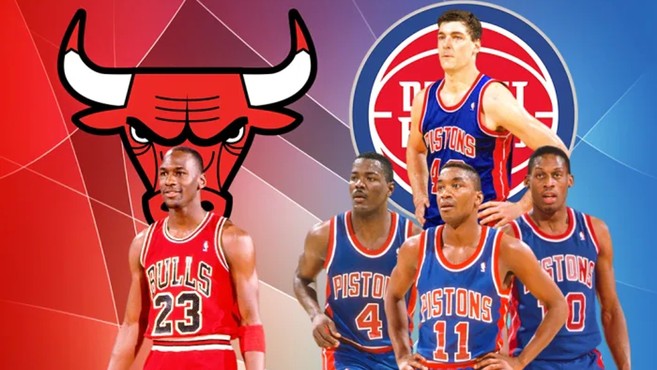 Michael Jordanconsidered by the vast majority of fans and specialists as the best player in NBA historyhe had to put up with a lot especially in his early years in the League, when the rivals did almost anything to try to stop him. The slogan of many teams, especially for the Pistonstheir bitter rivals at the time, was stop him at all costs and prevent him from approaching the hoop. And they tried to use it with a extreme hardness against him

Recently NBA Buzz shared a compilation of some of the toughest fouls Michael Jordan received during the 1990s, especially the aforementioned Pistonsmore ‘Bad Boys’ than ever, but also from the New York Knickswho did not hesitate pull out the ax to try to clip ‘Air’s wings.

Some of the images included in that compilation video are horrifying: cheeky slaps, mid-flight shoves, up to three players beating him up at the same time… For any player it would have been impossible to hold so brazen aggressionbut not for Michael Jordanto which all those dirty tricks of his rivals They motivated him even more to achieve his goals. And his six champion rings prove it. They never managed to stop it.

Tags: Michael Jordan, basketball nba
NBA: A slap in the face that ends up being… a lack of Facundo Campazzo in defense!
NBA: The resounding flopping that riled up Doncic and turned Trae Young into a curling stone
NBA: Miles Bridges, arrested for domestic violence within hours of being a free agent
NBA 3183