NBA: The G League is too small for Santi Aldama 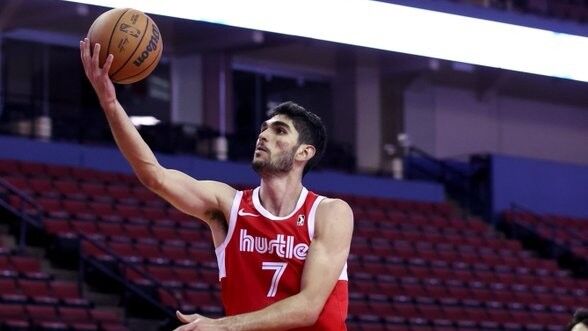 Santi Aldama has been re-assigned to the memphis hustlethe affiliate team of the grizzlies on the G-Leagueand continues to show that this is a competition that is too small. The Spanish player finished with 25 points (7/12 in shots from two and 3/10 in triples), eight rebounds, two assists and two blocks in 26 minutes on track in his team’s victory over the Oklahoma City Blue (109-114).

In his first season as a pro, Aldama has been combining the Hustle and Grizzlies. With the NBA franchise he has played 27 matches with stockings 3.3 points and 2.4 rebounds. Now he has not played since January 29. carry 11 games without participating and in the last 14 he has only been on the court for 1:35 minutes.

maybe their good performances in the G League they serve to win more opportunities in the final stretch of the regular league.

Tags: Memphis Grizzlies, Santi Aldama, basketball nba
Smailagic wants to return to the NBA and proves it with an anthological performance
NBA: Hallucinate with the video of the best moments of Luka Doncic in the NBA
NBA: Lamar Odom wins over Jennifer Lopez’s ex-husband in his new life as a boxer
NBA 2831