NBA: The illusion settles in Chicago: what if it’s the year of the Bulls? 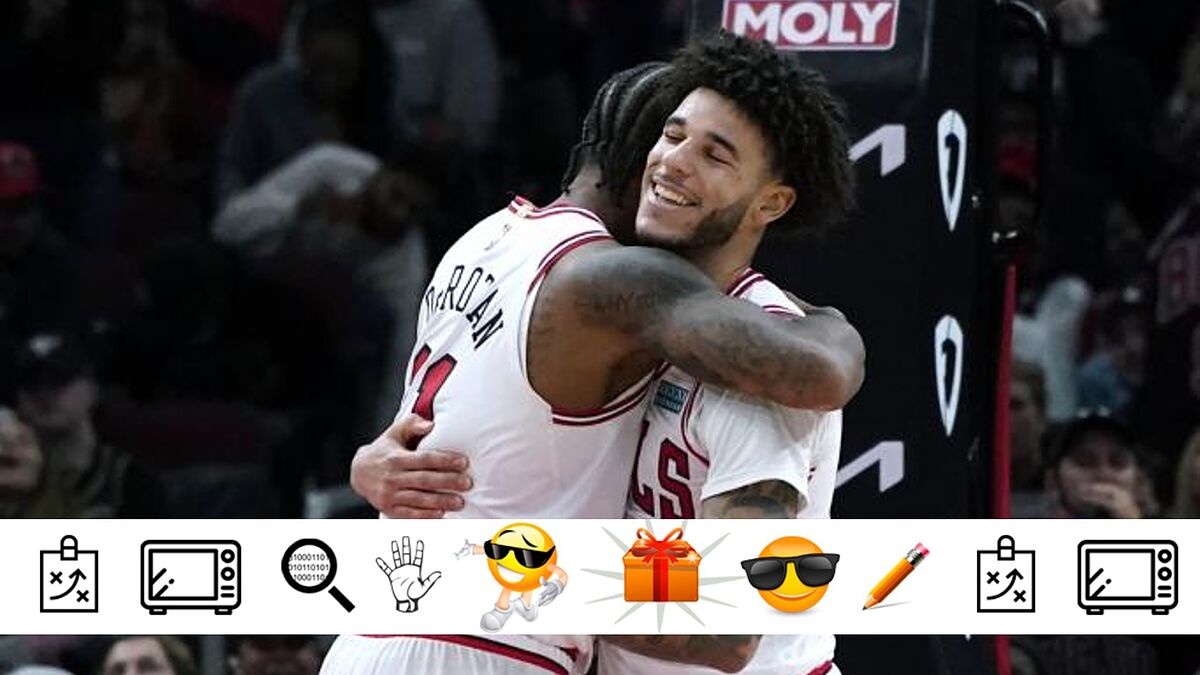 Lyou Bulls They have started the season with an immaculate 3-0, something that has not been seen in the windy city since 2016. Okay, so far it is n

Lyou Bulls They have started the season with an immaculate 3-0, something that has not been seen in the windy city since 2016. Okay, so far it is not much, but the sensations are unbeatable in this new project of the team of Chicago and, except maybe Golden state, there is no franchise that, at this point, has more illusion. They split it evenly with Miami, but with the loss to the Pacers, the Bulls they are now the dominant team in the East.

Of course, there is still a long way to go and the serious thing to start from April. Nor is it necessary to speak now of the Bulls favorites to the title or anything like that, but the 3-0 endorses the excellent work that has been done in the offices this summer and could finally be before his year back to the elite, something that the NBA itself has longed for for a long time.

And not only because of the results, but also because of the chemistry that is guessed, because of the energy that the team gives off and the joy they play with. It is a matter of sensations. Arguments to use when showing off have plenty: Lonzo, DeRozan, brutal their acclimatization to Bulls, LaVine, Vucevic and a Caruso who are already missing in LA

The 3-0 also came before the Pistons an old enemy in the 90s. The two teams have long watched the best from afar, but in their games there are always embers of what was once one of the greatest rivalries in the NBA.

NBA stuff and Chris paul. One day after celebrating a historic milestone, the base of the Suns He signs one of his worst games since he’s in Phoenix. On Saturday, Paul became the first player in NBA 75-year history to reach 20,000 points and 10,000 assists, an achievement that neither Oscar Robertson neither Magic Johnson nor John Stockton they achieved in their careers.

However, for Paul the day after was more of a nightmare. Four points in 26 minutes and a tough loss to the Trail Blazers, 134-105 that also places the runners-up with two losses in three games and many, many doubts.

The duel of the titans of the night was in Los Angeles but with the poor brother as the protagonist. Paul georgeWithout Kawhi or Ibaka at his side, he pulled the Clippers to go up to 41 points scored, the best record of the night and the third so far this season.

But in front he had a Ja morant spectacular who signed 28 points and 8 assists in the second win in two games for the Grizzlies in the, by the way, Santi Aldama It has not yet been released.

A sample of the intensity of the Bulls It is this defensive play in which you can perfectly appreciate all the possible aids including A pop from Lonzo or a robbery from Caruso. It is an example of the spirit that currently reigns in the city of the wind.

Tags: basketball nba
NBA: Celtics’ interest in Simmons and the condition of the Sixers
NBA: Santi Aldama signs his first great game in the NBA: 16 + 9 to present himself to his fans
NBA injuries: Derrick Rose and the end of the uncertainty surrounding his discomfort
NBA 807