NBA: The NBA fines the anti-vaccine Kyrie Irving: “You are fucking ungrateful” 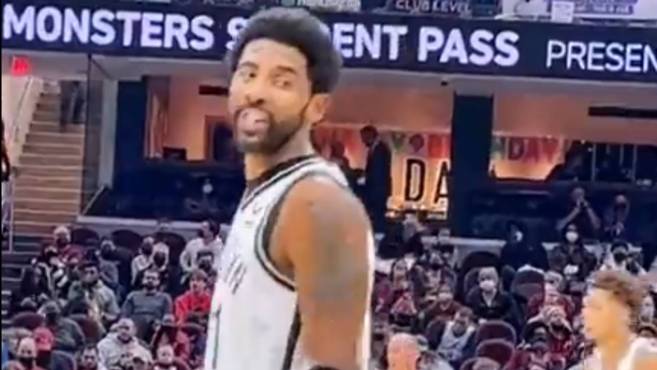 Pproblem for the Brooklyn Nets in the form of fines by the NBA, which has punished the New York team twice. First to Kyrie Irving for the words he

Pproblem for the Brooklyn Nets in the form of fines by the NBA, which has punished the New York team twice. First to Kyrie Irving for the words he addressed to the fans of the Cleveland Cavaliers, his fans during his first seven seasons in the NBA.

The Nets point guard, at the center of controversy throughout the season for his refusal to receive the COVID vaccine, was the subject of the ire of the Ohio crowd during the last game the Nets lost to the Cavaliers.

A crash in which Irving ended up exploding against the stands, addressing her in offensive terms, as a fan picked up in a video: “I gave you a championship and you’re still fucking ungrateful”, answered the point guard to a fan at the foot of the track. An answer that has cost you $25,000 fine by the league.

Historic trap in the NBA: An assistant cuts the ball in the middle of the rival’s comeback and nothing is whistled

It is not the only sanction for the New York team. The assistant technician David Vanterpol also received a fine of $10,000 for intercepting a ball in the attack of the Wizards in the middle of the match, without the referees stopping the match. The league has also decided to fine the franchise $25,000 as a penalty for the win.