NBA: The NBA is shocked by the latest image of Zion Williamson: how much does he weigh? 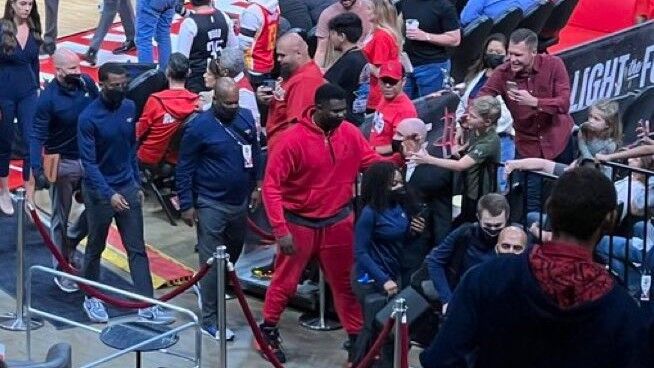 Updated 12/07/2021 - 10:59 Zion williamson He has returned to the center of the debate after the last images in which he has appeared. The pivot

Zion williamson He has returned to the center of the debate after the last images in which he has appeared. The pivot of the Pelicans He went to the last game of his team walking his huge figure and the comments in the universe NBA they have not been made wait. Although the photos may not do it justice as they were taken from an unnatural angle, it is speculated that it may be over 140 kilos.

The colossus of 21 years has yet to debut this season after being one foot operated. In the last few weeks, he had come to do almost complete workouts, but when he was about to do five-on-five exercises, he began to suffer pain and has had to stop again.

Without being able to do cardiovascular work, Williamson’s habitual overweight has worsened. It was already a concern since his days at Duke University and now in the NBA it still is. If, as it seems, he has already exceeded 300 pounds, there would only be one player in the League who would surpass him. It is Tacko fall, who measures 2.29 meters, 31 centimeters taller than the Pelicans player, who would surpass mastodons like Boban marjanovic and Jusuf Nurkic.

Williamson should have started his third season in the NBA by now. Between the previous two could only play 85 games due to physical problems. That, its averages demonstrated its destructiveness: 25.7 points with 60.4% shooting from the field and 7.0 rebounds per game. If the injuries respect you and you take care of that weight, you are called to dominate the League for years to come.

Tags: New Orleans Pelicans, basketball nba, Zion Williamson
NBA: Two former Lakers stop the Cavs from a good Ricky Rubio
NBA: The NBA wonder his girlfriend left after not being chosen in the draft
NBA Rumors: The way for Ben Simmons to end up in Minnesota
NBA 2857