NBA: The NBA reveals the first 25 names of the 75 best in its history: Durant, Kareem … The controversy begins 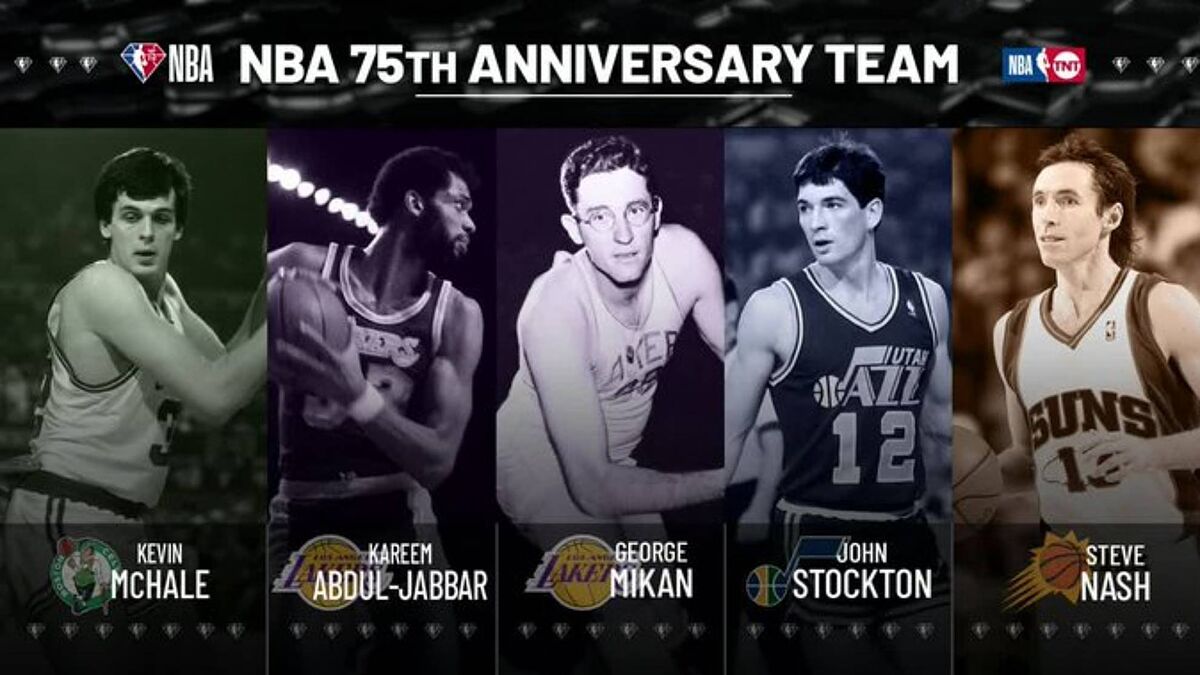 LThe NBA has raised the curtain on one of the most special seasons in its history: its 75th anniversary. A very special campaign that, as it recog

LThe NBA has raised the curtain on one of the most special seasons in its history: its 75th anniversary. A very special campaign that, as it recognizes Chus Bueno, NBA vice president for Europe, Middle East and Asia, in an interview in MARCA, be marked because “if we normally like marketing and tell super nice stories and do fun things, this year is going to be more than ever.”

One of the highlights of these scheduled events is the nomination by the league itself. the 75 best players of all their history. A list that will always be involved in controversy over the names that may be left out of it and from which the first 25 names have already been revealed.

The great promo for the 75th anniversary of the NBA: a neighborhood with legends of yesterday and today

Among the players who are still active at the moment are two MVPs on the list as they are Nets franchise player Kevin Durant and Giannis Antetokounmpo, NBA champion last season and last Finals MVP.

Tags: basketball nba
NBA: Barkley’s tough message to Zion Williamson for her feeding: “It seemed like Shaq and I had a baby.”
NBA: Pippen continues to hit Jordan: “We won not because of him, but in spite of him”
NBA: The brutal and shameful street fist fight that has cost two WNBA stars their place
NBA 2533

Loading...
Newer Post
UFC Hall of Famer Michael Bisping criticizes ‘bully’ Conor McGregor and worries it could end badly for him one day after rumors of alleged assault on Italian DJ
Older Post
Bagnaia only obstacle for Quartararo to be champion | Sports | America Edition