NBA: The NBPA lands to train in Malaga 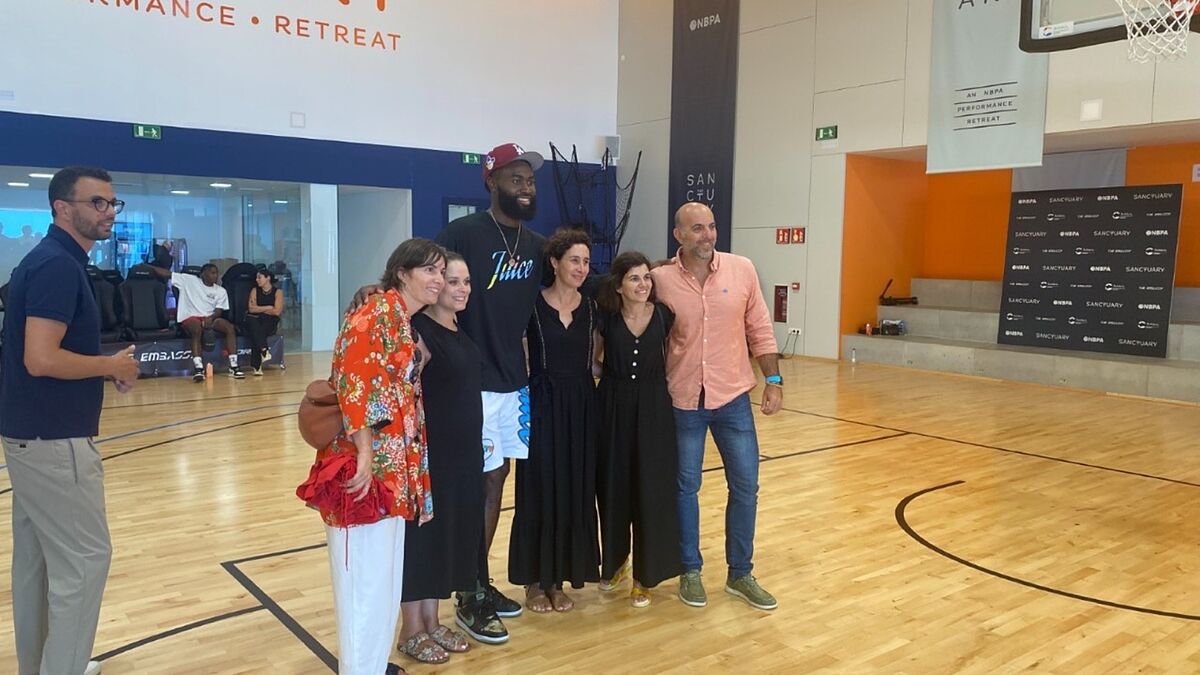 The NBPA, the United States basketball players association, has landed in Malaga. Specifically in the Training Center Higueron. In the heart of th

The NBPA, the United States basketball players association, has landed in Malaga. Specifically in the Training Center Higueron. In the heart of the Costa del Sol. All, Berni and Caldern want to attract the best teams and players in the world to Fuengirola, including the NBA. There, Jaylen Brown, a player for the Boston Celtics, was one of the focal points of the cocktail and exhibition that could be witnessed. Ozuna, Domantas Sabonis, Neemias Queta and Leandro Bolmaro were some of the familiar faces that came together.

Domantas Sabonis was one of the NBA players in the act of ‘The Sanctuary’. The Sacramento Kings player praised the facilities. Happy to be with my families, colleagues, and at the same time being able to train as if I were in the United States with my team. I’ve been here four days and I’m training little by little,” he told MARCA.

“My life has changed a lot since I left. I love Malaga, and I try to come back when I can. I don’t lose my accent because I’m always talking to my colleagues on Facetime… it’s hard to lose it. Everything has gone very fast. Now I have to be one of the leaders of my team, I’m even one of the oldest and look, I’m only 26 years old,” he reflected.

At the event, one of those who spoke was José María Arrabal, Secretary General for Sport of the Junta de Andaluca. “We are extraordinarily happy. Having an installation with these characteristics is very difficult, but having it at the level of operation and brilliance that we are seeing is something extraordinary. We are very grateful to the people who have made it possible: the Fuengirola City Council, to the group of people who make it possible for this facility to work, and last but not least, to NBPA because they trusted our ability to develop this activity. Hopefully this is the beginning of a good friendship, “he explained in his speech.

MARCA was also attended by Matteo Zuretti, head of International Relations and Marketing at NBPA: “We were looking for a place that would become a global city, and that players could go to if they wanted. Thanks to Andaluca, in particular to Jose Mara Arrabal, to Berni. The conditions are the best for work, culture, entertainment, leisure, everything. We are very happy to be here and really delighted with the support from the Junta de Andaluca”, he stated.

Berni Rodríguez, one of the fathers of the project

The former international player is one of the fathers of this project, The Embassy. A project by Berni Rodríguez and José Manuel Caldern, absent on the spot, in some spectacular facilities located in Fuengirola, in the Training Center Higuern. With the mission of putting basketball at the epicenter of the Costa del Sol.

The myth of Unicaja spoke like this before those present. “The concept we had was very clear. Let’s all share the vision of what we had to do: give this installation a top level. We had a very good connection with NBPA, through Caldern. We presented the project and they really liked the idea. We have top-notch people. The truth is that it is all a dream”.

Loading...
Newer Post
Boxing: Eddie Hearn sees the rematch between Canelo and Bivol as distant: “Buatsi or Ramrez will be Dmitry’s next rivals”
Older Post
How many Uruguayans ran in Formula 1? The complete list