NBA: The particular ‘Saber and Ganar’ by Pau Gasol: how much do you know about his beginnings in the NBA? 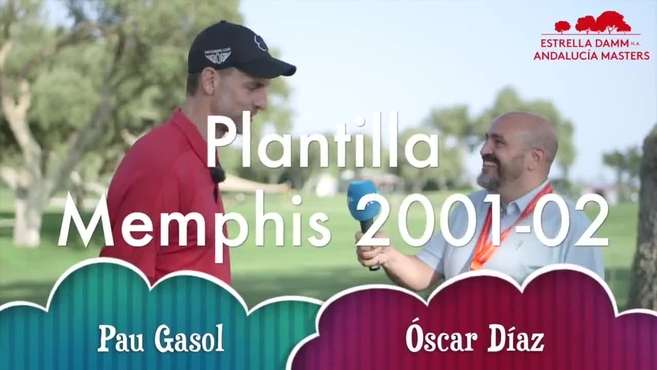 Pau Gasol has already started his new life retired from the courts, but not from the world of sports. The best Spanish player in history shared th

Pau Gasol has already started his new life retired from the courts, but not from the world of sports. The best Spanish player in history shared the field with Jon Rahm in the previous Andalusia Masters that takes place in Valderrama and, incidentally, demonstrated his skill with the sticks and his good memory.

The former Barça, Grizzlies or Lakers player among others overcame his particular duel of memories against Óscar Díaz, former contestant of ‘Saber and Ganar’ and ‘Boom’ and who put the memories of Pau Gasol and his beginnings in the NBA when asked about members of the Memphis Grizzlies roster in his rookie season.

Pau did not hesitate for a moment and began to list names such as Shane Battier, Jason Williams, Tony Massenburg &#8230; until his rival mentioned Bryan &#8216;Big Country&#8217; Reeves with whom Pau barely coincided a training session before the player left Memphis. In the next attempt Gasol recalled the passage of former Madrid player Antonis Fotsis for the Grizzlies and took the particular contest.

Tags: Memphis Grizzlies, basketball nba, Pau Gasol
The average of the Spanish players in NBA 2K22 and the reactions
Most Improved Player Candidates NBA season 2021/2022
NBA: Antoni Daimiel: “Ricky Rubio has options to return to Spain next season … even to Bara”
NBA 282