NBA: The rookies are left over: “LeBron is going to have to show me that he is better than me” 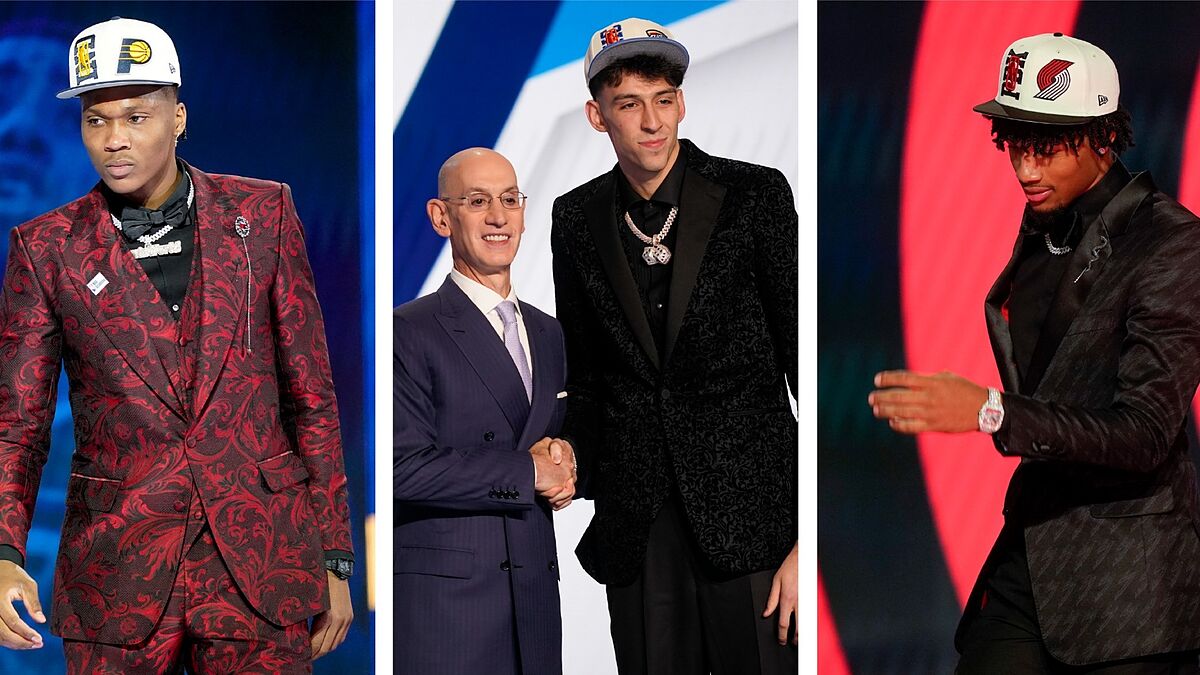 La new generation of players recently selected in nba draft aim high. Well, for them, most high. Days after the ceremony in which the teams chose

La new generation of players recently selected in nba draft aim high. Well, for them, most high. Days after the ceremony in which the teams chose the rookies, the youngsters have appeared before the media and, in some cases, for their first statements they can not go more than leftovers. With a mixture of youth, unawareness and self-confidencesome of them are already considered among the best ever or, at least, better than some of the current stars.

There is, for example, Chet Holmgren, chosen second in the draft by the Thunder. To this ‘unicorn’ of 2.13 meters tall, 2.31 wingspan and only 86 kilos they asked him who he was the best player in the nba. After thinking about it for a few moments, he answered: “Myself in two months”. The 20-year-old power forward has dazzled in Gonzaga University with a game in which he combines triples with blocks and the game of a shooting guard with that of a pvot.

Benedict Mathurin it’s a Canadian forward, 20 years old and 1.98 meters who played in the University of Arizona and it has been selected by the Pacers in sixth place. They asked him about his first confrontation against the Lakers and LeBron James. His response amazed everyone: “A lot of people say it’s cool, I want to see how cool it is. I don’t think there is anyone better than me. LeBron is going to have to prove to me that he is better than me.”.

“One of the best that has ever played”

and Shaedon Sharpechosen in the 7th place for the Blazersis also not far behind when it comes to analyzing his game: “I see myself as one of the best players who has ever played basketball”. The Canadian forward, 19 years old and 1.98 meters got engaged to University of Kentucky but finally he did not get to play and has been presented directly to the draft.

Those have been the presentations of some of the best projects of the last draft, who do not seem to know humility. In fact, with such bravado, the message of the number 1 Paolo Banchero of “My ceiling is as high as I want it to be”It seems even modest. “I have set myself many goals. I want it all: to be the rookie of the year, to be an All Star, to reach the playoffs…”, said the 2.08-meter, 19-year-old power forward, chosen by the Magic after leaving Duke University.

The new generation comes with the raised ego. We will have to check if these young people manage to keep it or someone lowers it when they enter the NBA.

Tags: portland trail blazers, basketball nba, Indiana Pacers
NBA rumors: John Wall to Clippers in exchange for Serge Ibaka
The players with the most playoff games without playing in the NBA Finals
Preview of the NBA market closing on February 10
NBA 3137