NBA: The son of the best European shooter in NBA history already plays for a university 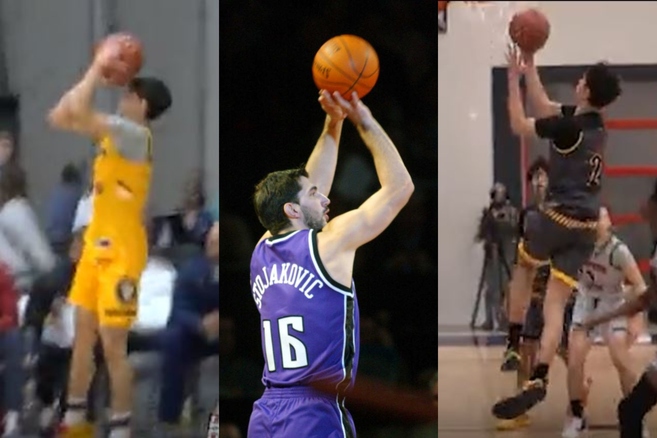 DTo say: "white shooter race" takes us directly to the figure of Peja Stojakovic, who was probably, with Petrovic's permission, the best European s

DTo say: “white shooter race” takes us directly to the figure of Peja Stojakovic, who was probably, with Petrovic’s permission, the best European shooter in NBA history.

The Serbian player scored a bit in the best basketball league and his figure will always be linked to the best Sacramento Kings in history. Although he also sowed terror from the 6.75 line with Indiana, New Orleans, Toronto and Dallas.

Well, 11 years after the Serbian player left the NBA, his son, Andrej, has committed to Stanford University, whose team is part of the NCAA and is known by the nickname Cardinal.

Andrej is Stojakovic’s oldest son, he is 18 years old and has been standing out for several years in the lower categories and in training basketball in the United States and until now he was playing in the AAU, a tournament organized for young talents where LeBron’s son stood out among others James.

His dynamics and mechanics are very similar to his father’s, “I see myself as more of a complete player, but, if I have to be honest, a lot of my game comes from him and from the time I’ve worked with my father. All those little things that he has taught me and that we have worked on are the ones that I keep.

Throughout history, Stanford University has provided 46 players to the NBA draft, 14 of them in the first round, two of them in recent years. Brook Lopez (Bucks), Robin Lopez (Cavaliers), Okpala (Kings), Powell (Mavericks) and Williams (Grizzlies) are the current NBA players from Stanford, so it remains to be seen if Andrej Stojakovic is next on that list.

Tags: Sacramento Kings, basketball nba
NBA: Andrei Kirilenko: “Today everyone is an expert in politics”
NBA: The ‘creation’ of Pablo Laso’s father and former Fuenla that surprises the Suns leaders
NBA: Astou Ndour makes history with the Sky and wins the WNBA
NBA 4209