NBA: The Suns crush the Nuggets with 48 points in the first quarter! 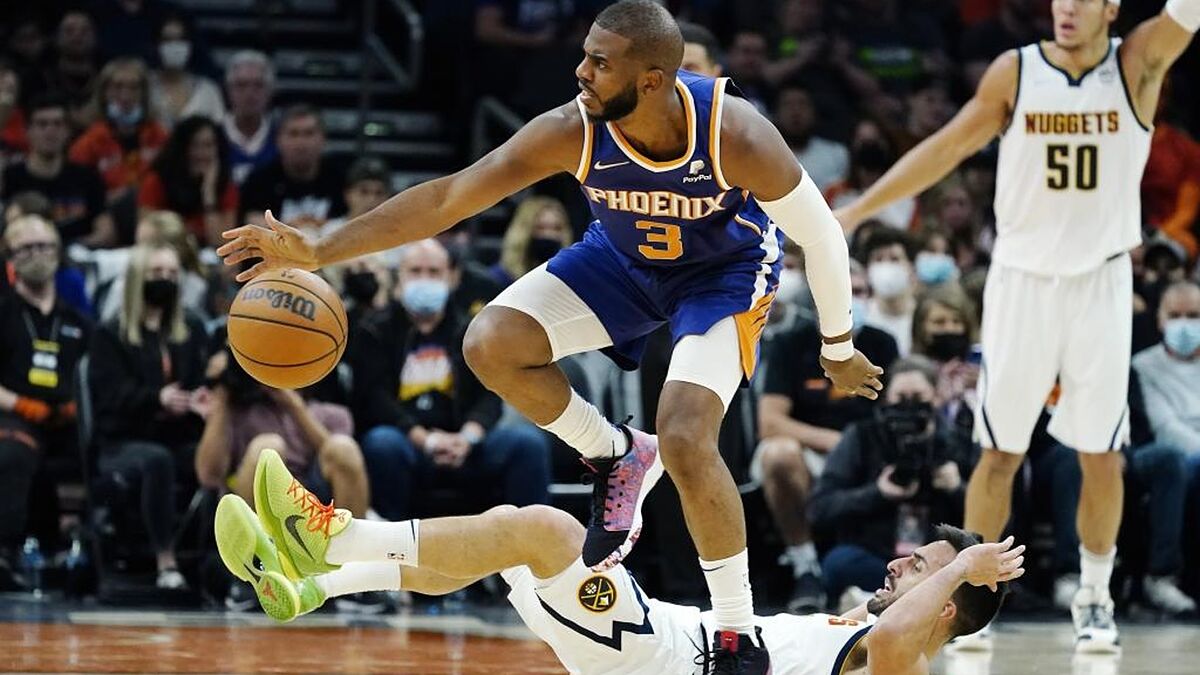 Ltriumphal march of the Phoenix suns remained one more day after they easily defeated by 126-97 the Denver nuggets, who continued without the star

Ltriumphal march of the Phoenix suns remained one more day after they easily defeated by 126-97 the Denver nuggets, who continued without the star center Serbian Nikola Jokic, injured in the right wrist.

The eaves Cam Johnson he achieved his best mark as a professional by contributing 22 points. The Bahamian pivot Deandre ayton He also had 21 points and the Suns went all out to extend their winning streak to 12 straight games with a beating of the Nuggets.

The Suns they scored 48 points in the first period that gave them a partial advantage of 20 points, after scoring 17 of 22 shots from the field (77.3%), including seven of eight triples.

The Suns (13-3) haven’t lost since Oct. 27, when they lost to the Sacramento Kings and forward Harrison Barnes he hit a last-second long-range shot. It’s the longest winning streak in the franchise since he posted 17 wins during the 2006-07 season.

The Nuggets didn’t count Jokic for the second match in a row for a sprained right wrist. Denver has lost four games in a row to fall to 9-8.

The Nuggets are one of just three teams to have beaten the Suns this season – beating them 110-98 in the first game of the season – but that was when the Nuggets had Jokic and power forward healthy. Michael porter jr (pain in the lower back).

The Argentine base Facundo Campazzo He remained in reserve with the Nuggets and contributed eight points in the 27 minutes he played after scoring 3 of 8 shots from the field, including 2 of 7 triples, gave two assists, recovered a ball, lost it twice and committed five personal fouls without could be a winning factor.

Tags: Phoenix suns, basketball nba, Denver nuggets
NBA: Celtics’ interest in Simmons and the condition of the Sixers
NBA: This is how the NBA market has started: Chris Paul is worth 120 million; the great team of the Miami Heat …
NBA rumors: Indiana puts price on Myles Turner and Caris LeVert
NBA 2536