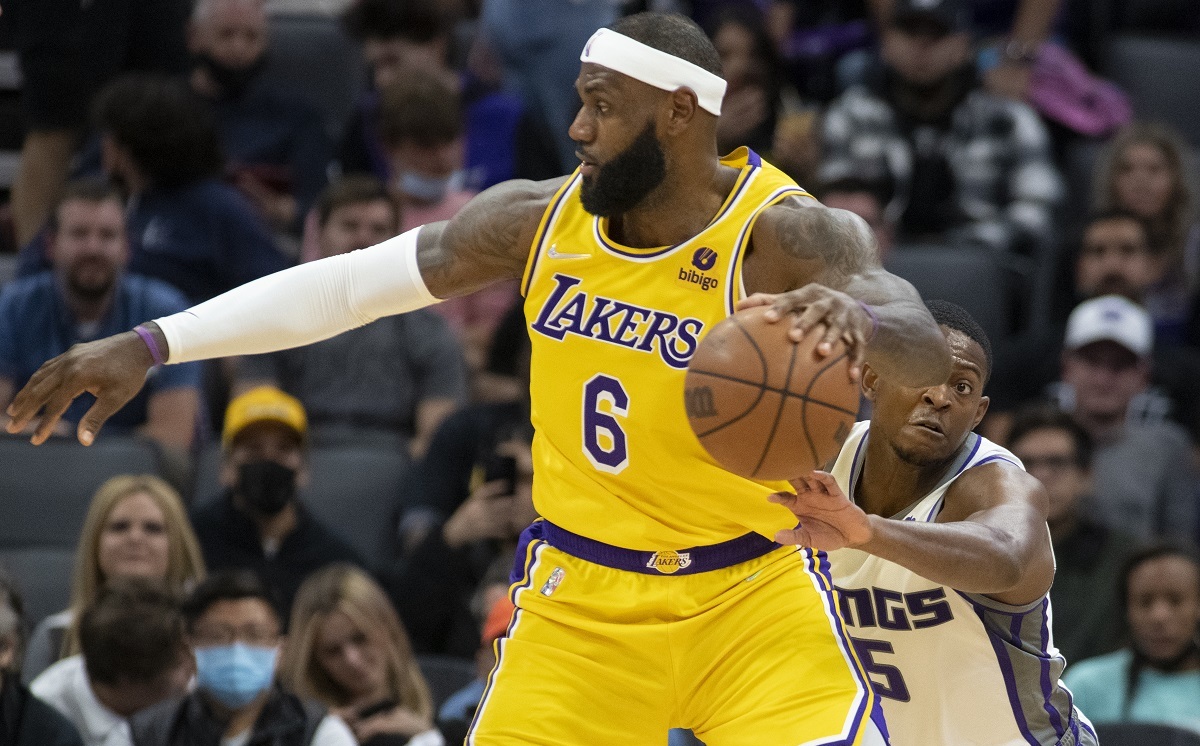 The 75th season of the NBA raises many expectations due to the stiff competition that will ensue now that the traditional 82-game schedule is returned and the resurgence of the super teams.

The Los Angeles Lakers are among the favorites to win the Larry O&#8217;Brien trophy, with a dream team that does not aspire to anything other than the title. They were already competitive with LeBron James and Anthony Davis as their two attacking swords, but the arrival of Russell Westbrook took the Angelenos to the next level.

Coming from the Washington Wizards, the point guard arrives in LA after a trade in which Kyle Kuzma, Kentavious Caldwell-Pope and Montrezl Harrell left, which were not in Frank Voguel&#8217;s plans.

The returns of Dwight Howard and Rajon Rondo &#8211; who were part of the roster that was crowned in 2020 &#8211; and the additions of Carmelo Anthony (a close friend of LeBron), Kendrick Nunn, Malik Monk and DeAndre Jordan make this rotation one of the most talented in the league. If LeBron and Davis stay healthy and Westbrook adapts quickly to the system, the Lakers have what it takes to win.

Favorites, even without Kyrie Irving

You might think that the Brooklyn Nets are in trouble with Kyrie Irving, who will not play until he is vaccinated, but this team has talent to spare. Having Kevin Durant and James Harden is already a guarantee that this team has everything to compete, with KD as one of the favorites to be recognized as the MVP of the season and the Beard proved capable of spreading the ball to look for the ring that has been denied.

It even seems that Irving&#8217;s problem will not have major repercussions and he could play later or, in the worst case, be traded for another high-caliber player or other equally important benefits.

Without Irving or Harden, the Nets came close to eliminating Milwaukee; Durant proved that he is the basketball player who is at his best in the NBA.

The champion will fight

Getting back-to-back NBA titles isn&#8217;t that easy. Those teams that did it had basketball superstars: the Los Angeles Lakers had legends like Magic Johnson, Kobe Bryant and Shaquill O&#8217;Neal in their ranks to do it, as did Michael Jordan&#8217;s Bulls and even the Miami Heat. with LeBron James.

But there&#8217;s no question that the Milwaukee Bucks will make their title defense as long as they have Giannis Antetokounmpo. The Greek is a lethal player when it comes to penetrating the basket and being a defensive pillar, quickly establishing himself as one of the new faces of the league.

The Bucks have a stronger team this season: Khris Middleton and Jrue Holiday proved to be effective attack partners; Donte DiVincenzo Returns After Missing Nearly Every Playoff Without Injury; Bobby Portis remains (important in the playoffs) and specialists such as George Hill and Grayson Allen arrived to give the attack more dimension, because the defense was already elite.

Milwaukee puts their hopes in Giannis to continue the successes and make a vintage team.

They go for their revenge

They were two difficult seasons, but it seems that the Golden State Warriors have what it takes to return to the elite of the NBA. The team that revolutionized the triple was an uncomfortable opponent in 2020-2021 and Stephen Curry had a great campaign, in which he equaled his numbers from 2015-2016, when he was the only unanimously named MVP.

His return made it clear that the Warriors will fight until the last stages, but he also needs to be accompanied. That is why it is exciting that Klay Thompson will return before the end of 2021, although there is no guarantee that he will have a rapid readjustment like the one Curry had, especially since he has been away from the court for two and a half years and not everyone is recovering from the same form of injuries.

But in the NBA, anything can happen and it is possible that the emotional aspect (the capacity will go back to 100 percent) is an extra boost for these Warriors. You have to pay special attention to the Mexican Juan Toscano-Anderson, who earned his renewal and will learn from defensive pillars like Draymond Green and Andre Iguodala to consolidate in Golden State. If Thompson does not suffer complications on his return to the court, the Warriors will cause headaches again.