NBA: This is how the NBA market has started: Chris Paul is worth 120 million; the great team of the Miami Heat … 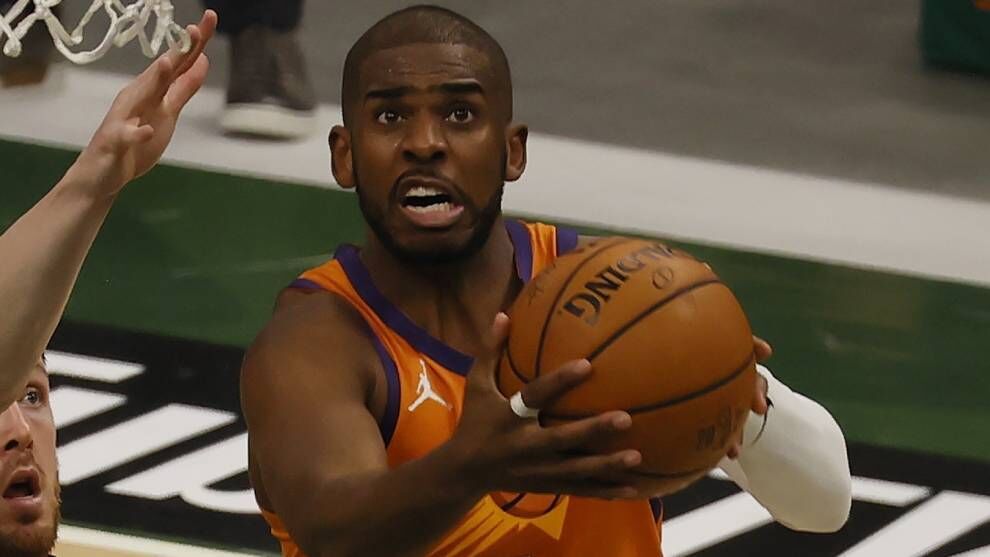 ANDhe NBA market 2021-2022 has opened its doors and while we wait for the transfer that has blown everything up, the transfer from Westbrook to the

NBA: This is how the NBA market has started: Chris Paul is worth 120 million; the great team of the Miami Heat …

ANDhe NBA market 2021-2022 has opened its doors and while we wait for the transfer that has blown everything up, the transfer from Westbrook to the Lakers, to become official, in the first hours the first hires and renewals have been announced in a first day in which more than 1,200 million dollars have been moved.

Especially significant has been the operation of Chris Paul. The 36-year-old veteran point guard declared himself a free agent hours before re-signing a contract with the Phoenix Suns. The Arizona franchise, which it led to the NBA Finals after a 29-year wait, has trusted the veteran point guard whom it has signed for $ 120 million over four seasons, ending his contract at 40. The Suns also announced the renewal of Cameron Payne for three years and 19 million and the arrival of Olympian JaVale McGee for a year and five “kilos.”

It did not take long for the market to begin its particular boiling point. Just a few minutes after officially opening the Chicago Bulls announced the signing of Lonzo Ball for four seasons and $ 85 million in an operation that has ended with Tomas Satoransky and Garrett Temple as new players for the Pelicans, who also acquire new players. Devonte ‘Graham. Alex Caruso has also landed in Illinois for four years and $ 37 million.

Mike Conley, at $ 24 million a season

Basics was the thing in the first bars. Another veteran to follow on his team is Mike Conley. The player will continue another three seasons with the Utah Jazz after renewing his contract for three seasons and $ 72 million.

Marjanovic back to accompany Doncic

The Dallas Mavericks’ new run with Jason Kidd begins with old acquaintances on the court. In addition to Doncic’s $ 202 million contract extension, the Texan franchise has announced the renewal of Serbian giant Boban Marjanovic. Another staying with the Mavericks is Tim Hardaway, who has signed for four seasons and $ 72 million. Meanwhile, they have also signed Sterling Brown and Reggie Bullock for $ 30.5 million in three years.

The Miami Heat are one of the teams that has moved the most in the first hours of the market. Especially with the renewals of two of the players who were key to reaching the Finals in 2020. On the one hand, franchise star Jimmy Butler has extended his contract for four more seasons for $ 184 million, while Duncan Robinson has signed for 90 million and five seasons.

The Cleveland Cavaliers continue to move in the market after signing Ricky Rubio before the market opens in a trade on draft night. The Ohio team has signed Jarrett Allen’s renewal for five seasons and $ 100 million.

The Pistons, doing their thing

After taking No. 1 from the last draft Cade Cunningham, the Detroit Pistons have used much of the salary they have available for signings to close the Canadian pvot Kelly Olynyk for 37 million dollars in three years. The Michigan team also announced Cory Joseph for two seasons and $ 10 million.

Knicks, four at a time

One of the teams that are usually most active in opening the market are the Knicks, who did not disappoint their fans. New Yorkers have decided to renew Alec Burks (three years for 30 million) and Nerlens Noel (32 million for three seasons). They also announced the arrival of Evan Fournier and the renewal of Derrick Rose for three years and 43 million dollars.

One of the big shots on the market, Kyle Lowry, has ended up in Florida waters. In the absence of being made official, the point guard will play for the Miami Heat, with whom he has signed for three seasons to play alongside Jimmy Butler and Bam Adebayo. In addition, Pat Riley has caught veteran PJ Tucker, recent NBA champion with the Bucks for $ 15 million.

The Pacers, also in pairs

Rick Carlisle has begun shaping his Pacers with the four-year, $ 35 million renovation of TJ McConnell. They have also signed NBA ‘champion’ Torey Craig for 10 ‘kilos’ in two seasons.

The San Antonio Spurs needed points in anticipation of a possible departure by DeMar DeRozan and got a good shooter like Doug McDermott ($ 42 million for three years).

The Nuggets, from Green to Green

Double move in the Colorado franchise. On the one hand they have renewed JaMychal Green and on the other they have signed veteran Jeff Green, who comes to Denver for two seasons and 10 million dollars.

What is good should not be touched

At least that’s what they must think of Milwaukee, who have signed a new contract with Bobby Portis (who had declared a free agent 24 hours before) for two seasons and nine million dollars. And another to continue in the team in which he played last season is Korkmaz, who will defend the Sixers jersey another three seasons for 15 million.

Sacramento has to renew part of its staff to get out of that no man’s land in which it seems to have been installed for years. So far the Kings have taken Moe Harkless for nine million and two years. The same time that Alex Len has signed.

Renovations in Oklahoma and Toronto

Mike Muscala, Obradoiro’s ex, will stay with the Oklahoma City Thunder for another two seasons after signing a new $ 7 million deal. For their part, the Toronto Raptors have also announced the renewal of Gary Trent for three seasons and $ 54 million.

‘Supermn’ and Ariza return to the Lakers

The Lakers have one of the most powerful ‘Big Three’ in the NBA but they need more players with whom to fill their rotation and for this they have started by signing three veterans who already wore the Los Angeles jersey and who will sign for the minimum. They are Wayne Ellington, Trevor Ariza and ‘Supermn’ Dwight Howard.

While trying to earn a place in the semifinals against Italy, two of the French reference players have been involved in the first night of transfers. Evan Fournier trades the Celtics for the Knicks, while Nicolas Batum renews for two seasons with the Clippers.

Centimeters for the Rockets

After his fourfold move in the draft, the Rockets announced the arrival of German player Daniel Theis, who comes to Houston for four seasons and $ 36 million.