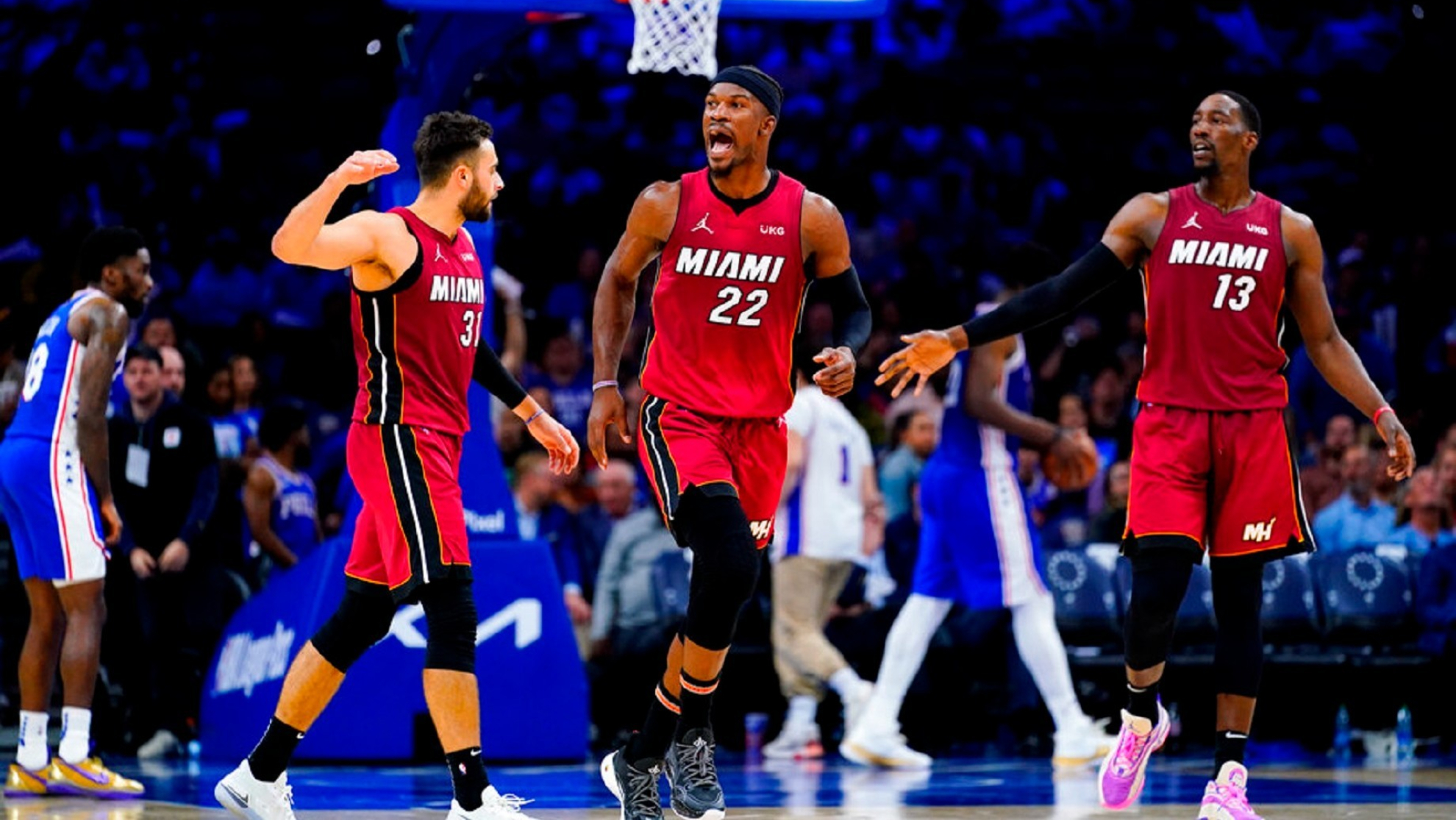 nba today emotional classificationThe Miami Heat became the first team to advance to the Conference Finals in the playoffs 2022 of the NBA, after d

The Miami Heat became the first team to advance to the Conference Finals in the playoffs 2022 of the NBA, after defeating the Philadelphia Sixers 99-90 as a visitor, in a game where the locals once again left much to be desired.

The match was only even until halftime. But starting in the third quarter, the Heat took control, setting a 20-point lead with just over five minutes left in the final period.

One of the differences in the game was the shot from three. Miami only hit 25% behind the arc (7 of 28), while Philadelphia made 12 attempts on 37 possessions (32.4%), because they had to go into urgency mode early in the night. But in field goal percentage, Miami had 48% to 41.1 of the Sixers. In addition, Jimmy Butller’s team dominated the table with 49 rebounds to only 35 from Joel Embiid’s.

Butler dominated his team’s offense, with 32 points, eight rebounds., four assists, one steal and two blocks. While Max Strus contributed another 20 points, 11 rebounds and five assists. PJ Tucker also had a great night, with 12 points, 9 rebounds and an assist. In all, they combined for 62 of the team’s 99 points.

The great absentees on the night were James Harden and the Sixers bench. “La Barba” scored 11 points, four rebounds, nine assists and one steal, discreet numbers for a League superstar.

For its part, the Philadelphia bench only had an interesting contribution from Shake Milton, with 15 points, three rebounds, three assists, two steals and a block. The rest: seven points, five rebounds, two assists and a steal.

Now the Heat wait for the winner between the champions Milwaukee Bucks and Boston Celtics, who leads Giannis Antetokounmpo’s team 3-2 and restarts this Friday at Boston Garden.

The Heat returns to a Conference Final in the NBA after three years of waiting. In 2019-20 he reached the Finals, but fell to the Los Angeles Lakers in six games.