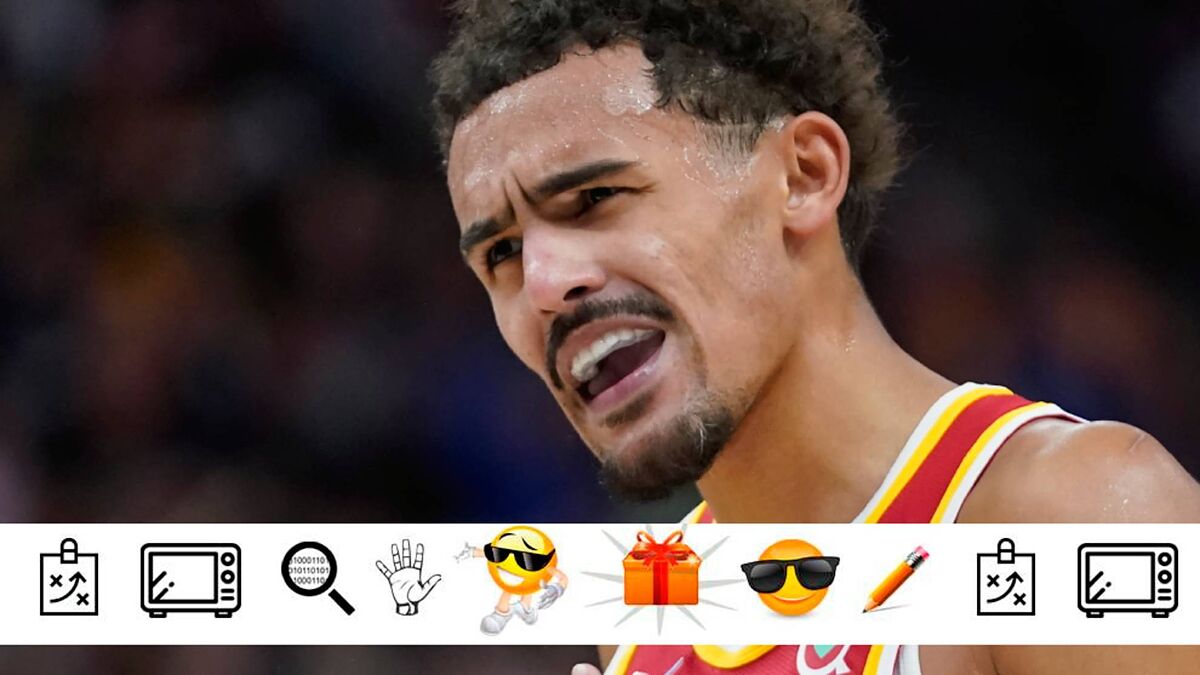 Lyou Atlanta Hawks were one of the great sensations of last season after being fifth in the regular league and getting into the final of the Eastern Conference, where fell with the Milwaukee Bucks, current NBA champions. It seemed like the beginning of an exciting journey with a young team, attractive in the eyes of the spectator and with a leader called to reign in the NBA in the next decade.

However, at the start of the new season the Hawks seem to have seized the engine and are far from showing the level they taught just a few months ago, putting the reliability of the project in doubt. Collins does not finish breaking, Reddish he does not find the necessary regularity in his game, Huerter he alternates great nights like the last one against the Jazz with games in which he does not appear …

AND Bring young? The great star of the Hawks and one of the greatest talents of the new generation called to dominate the NBA is lost at this start of the season. Between the new regulation that penalizes shooters like him in the search for contacts and his own moment of form, the point guard does not finish finding the moment to explode. Against the Jazz he had everything in his face to claim and did it for three quarters (27 points), but in the last 12 minutes he was shipwrecked in attack, remaining at zero in the decisive moments of the crash (two missed triples and a loss in the last six minutes), questioning his leadership ability.

Donovan Mitchell showed again that he has taken the measure of the Hawks and with 27 points was the leader of some Jazz who do not want to lose the trail of the Warriors in the fight for the head of the West. The guard has the complicated mission of proving that he can be the beacon of a winning project beyond the regular season and, for now, he is getting a run for it with performances as complete as the one he signed against the Georgia team.

How easy is life with Giannis Antetokounmpo on your team! That’s what Mike Budenholzer must think every night who knows that the Greek is life insurance despite the Bucks’ absences. Before the decimated Sixers (without Embiid, without Harris, without Simmons …) the forward Hellenic once again demonstrated that he is one of the great candidates for the MVP of the season with 31 points and 16 rebounds, being the leader of the fifth victory of the Wisconsin.

Much of the irregular march of the Portland Trail Blazers at this start of the season it is explained from the performance of CJ McCollum. The guard, Lillard’s usual squire in Oregon, is far from his best offensive level and his team notices it. Against the Clippers, McCollum crashed into the rival rim again and stayed at just 13 points after miss nine of his 15 field goals and his two attempts since triple.

Tags: basketball nba, Atlanta Hawks
NBA: Okongwu and the eternal memory of his brother, who died in a skateboard accident
PlayOffs NBA 2022: Trae Young does not give up: he brings the Hawks to life when the Heat were already singing 3-0
NBA: Hawks and Bucks will play the first NBA games in the United Arab Emirates
NBA 2520