NBA: Usman Garuba asks for minutes based on rebounds but cannot with the power of the Spurs 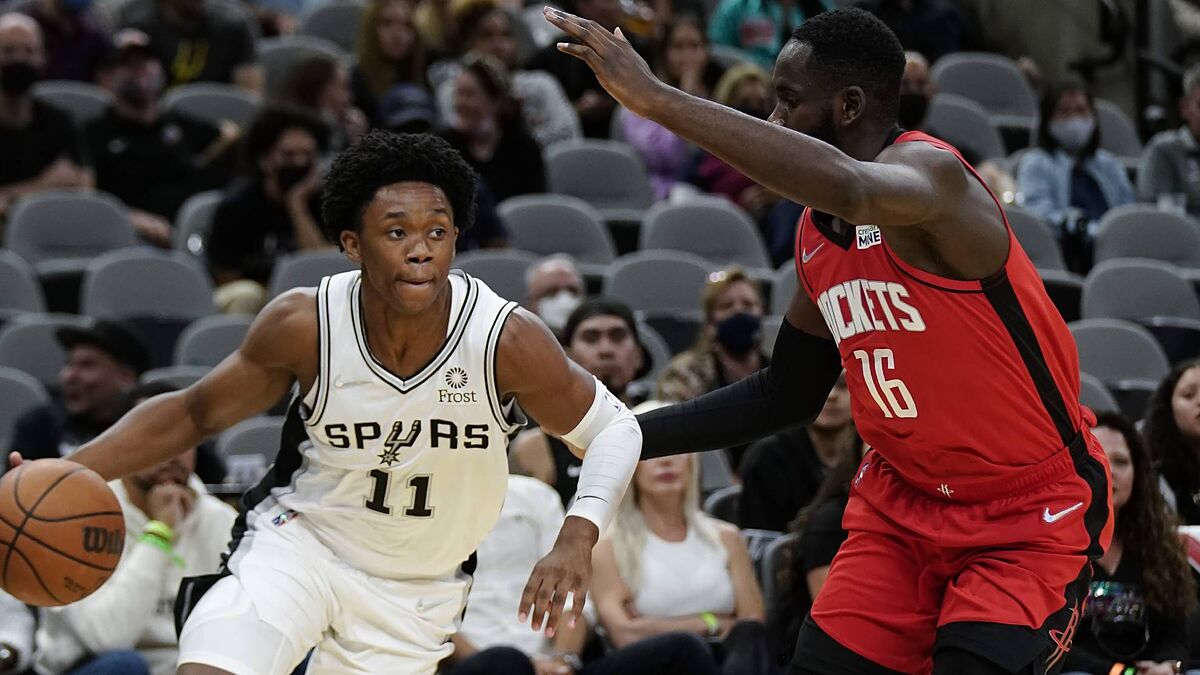 Lyou San antonio spurs put aside the controversy that arose after the last words of their coach Gregg popovich and they dedicated themselves to playing basketball in the last game of a preseason that closed with three victories in five games. The last one added before the Houston Rockets (1-3) to those who were comfortably imposed by 126-98.

The San Antonio team, without a great star in their ranks as before, returned to give a recital as a team and did not yield a single set in a game in which they scored the 47% of their field goals and in which he doubled his rival at the time of distributing the game with 30 assists for 15 of the Rockets.

Six Spurs players exceeded double digits in scoring, led by Derrick White and Dejonte Murray, who scored 20 points each, while Doug McDermott went to 16 with four 3-pointers from nine attempts.

In the Rockets, the good game of Christian wood, which ended with a double-double of 19 points and 19 rebounds, while youngsters Jalen Green and Kevin Porter Jr. finished with 16 points each. The Turk Alperen sengun I also ended up with double figures on points (15) and rebounds (12).

For his part, the Spanish player Usman Garuba He came back from the bench to play five minutes. The former Real Madrid player didn&#8217;t score the only shot he tried, but he did have time to grab four rebounds.