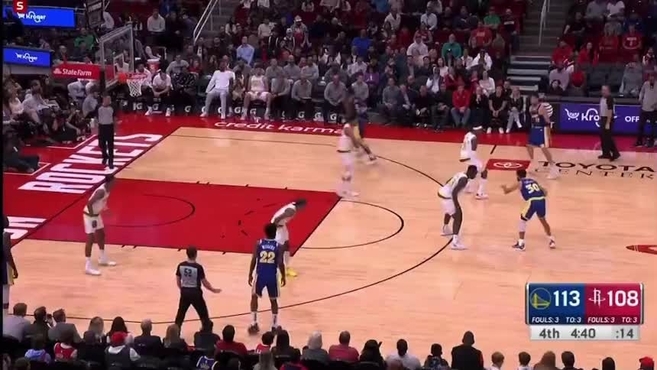 Spanish fans are in luck with the confirmation of Usman Garuba. Growing defender, and with more weight in a young Rockets. The new sample of his

Spanish fans are in luck with the confirmation of Usman Garuba. Growing defender, and with more weight in a young Rockets. The new sample of his potential is unbeatable. Paired with Stephen Curry at the last minute, he doesn’t give up and ends up holding him on the perimeter despite the Bay point guard’s attempts to walk away. Force… And fail.

Garuba wins the national ‘top’ and continues to earn a place in the Rockets’ rotation. In a team without great order, he brings defense, seriousness on all court and adaptability to numerous match contexts. Stopping Curry at the last moment is not an anecdote. More when ‘Steph’ has played 11 games in 2022-23 above 30 points scored.

In addition to the exhibition of the ex-Madridista, the NBA chose on the fly Malik Monk for best play of the night. Explosive, aggressive definition in front of the hoop and that confirms some Sacramento Kings increasingly competent among the elite of the Western Conference.

At the top of the day in the NBA also sneaks the spectacular triple on the horn of Vlatko Cancar. From beyond the midfield… And a great dunk with rectification in the air signed by Kai Jones, of the Charlotte Hornets. A mate with the ’23’ on his back. In the ’23’ team, Michael Jordan.