NBA: What a pity that due to the stubbornness of one and the other we cannot enjoy more of a player named Kyrie Irving! 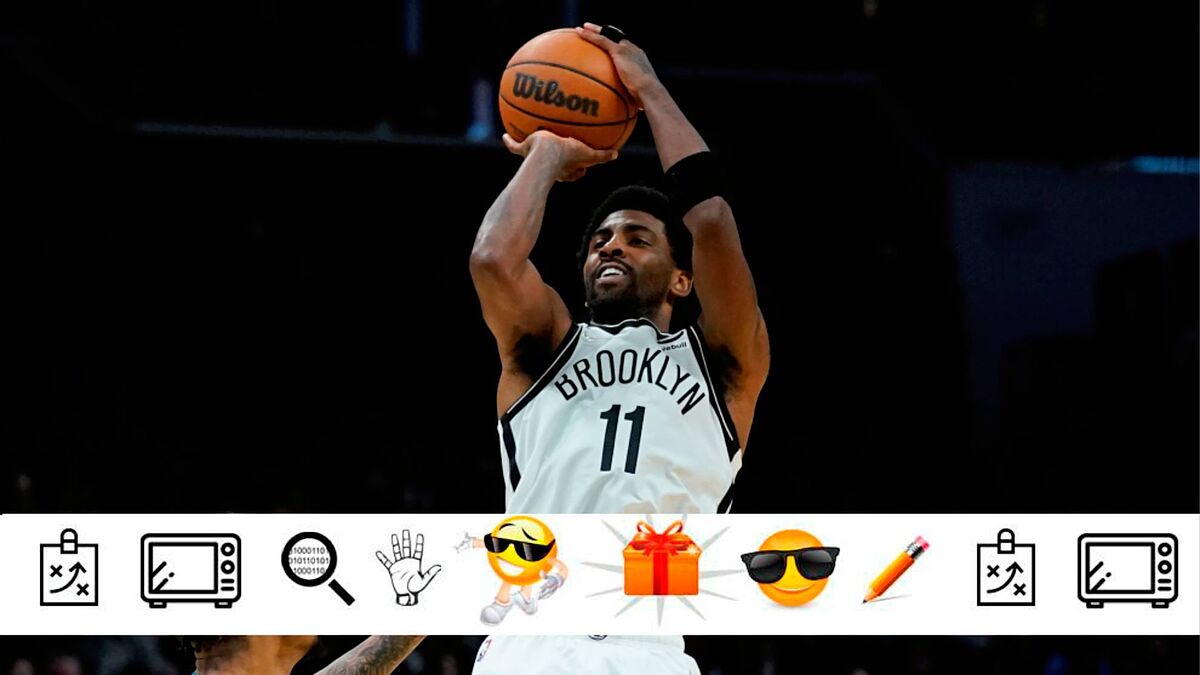 Kyrie Irving It has been one of the names of the regular season in the NBA. His decision not to get vaccinated against the coronavirus and the man

Kyrie Irving It has been one of the names of the regular season in the NBA. His decision not to get vaccinated against the coronavirus and the mandate of the state of New York not to let players play without vaccination schedule He has deprived us of one of the biggest gamers in the league. A talent that is still unable to play home games -despite the fact that the Nets they no longer require full vaccination from fans attending the Barclays Center– but when he gets the chance to do it outside of Brooklyn he reminds us that he’s still one of the best basketball players on the planet.

The point guard, who expects the mayor of new york back downs in his mandate heading into the playoffs, unleashed his best version in the Nets’ victory against the Charlotte Hornets. A triumph (121-132) that allows New Yorkers to reach the 50% win and that leaves the insoluble question of what would have become of this team if it had had Irving throughout the season.

Especially with this Irving totally unleashed. The point guard destroyed Michael Jordan’s team with 50 points in an exhibition of effectiveness that was not seen in a point guard or escort precisely since the times of the former Chicago Bulls player. Irving tied the current Hornets owner as the only two players at those positions to reach 50 points on 75% shooting from the field after scoring 15 of his 19 shots, including 9 of 12 from free throws.

A hurricane that became the third player in history to reach 50 points with fewer than 20 field goals attempts and who entered the history of the New York franchise by becoming the player with the most games above that figure in the history of the Nets. “It was a masterclass”, declared his partner Durant after the meeting. Too bad that due to the stubbornness of each other we have not been able to have more this season.

Few reasons are having the Warriors for the smile in recent weeks. However, Kerr’s youngsters have found cause for optimism in two teenagers who have burst onto the team with a bang. On a night to forget Curry and Thompson (barely 20% success from the triple) They were Jonathan Kuminga (21+6+6) and Moses Moody (10+8+3) those who gave the first victory to Golden State (112-97 against the Clippers) after five consecutive losses.

The pivots are being the only players of the Spanish legion in the NBA who are having a certain role since Ricky Rubio’s injury. And they showed it again on the last day. Serge Ibaka was once again an important piece in the victory of the Milwaukee Bucks against the Thunder (115-142) with 14 points (six of nine shooting from the field) seven rebounds and two blocks in 18 minutes coming off the bench.

Willy Hernangomez He was also the protagonist, although in his case he could not accompany his great performance with a Pelicans victory against the Memphis Grizzlies (132-111). The center from Madrid came off the bench again and finished with 17 points (seven of 10 shooting from the field), nine rebounds and one steal in 28 minutes.

The Cleveland Cavaliers They have found the missing piece to start thinking positively for the future. darius garland He has taken the reins of the team and was the key player for the Ohioans to prevail against the Pacers (124-127) with numbers that had not been seen in the Cavs since LeBron. Garland became the first franchise player since ‘King’ James to sign a game of at least 40 points (he had 41, his career high) and 10 assists (he had 13).

Without Chris Paul or Devin Booker, the Bahamian Deandre Ayton led the Suns with 21 points and 19 rebounds to return the victory after the loss suffered against the Milwaukee Bucks. Colistas in the East, the Magic added their 50th loss in a game in which they only scored seven of the 39 triples they attempted.

Antetokounmpo sealed a new basketball recital, scoring 39 points, with 13 of 19 shots and a perfect four of four in triples that helped the Wisconsin team to finish with 20 three-pointers scored of the 40 attempted. The Greek added seven rebounds and seven assists, in the resounding victory of the Bucks against the Thunder.