NBA: Which players in NBA history would you put on the Mount Rushmore of basketball? 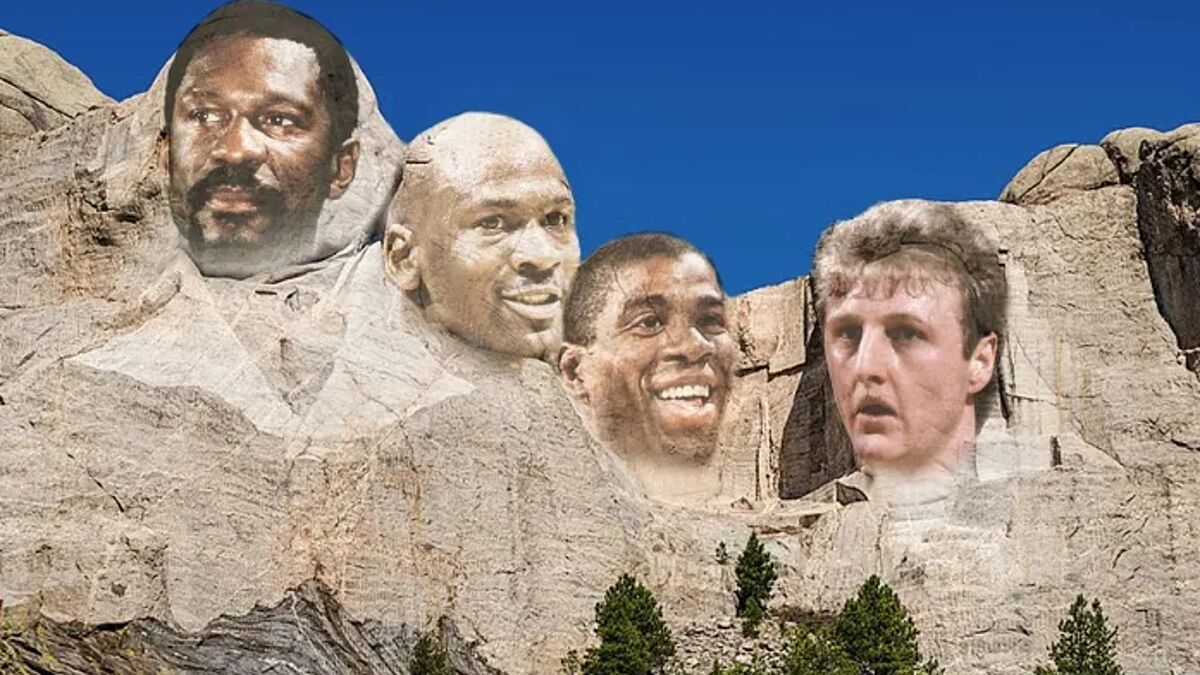 ORn topic that generates a lot of debate among fans of the NBA is he Basketball 'Mount Rushmore'. Like today's Mount Rushmore, one of the most rec

Tastes vary, as the most veteran fans they point to stars of their time like Kareem Abdul-Jabbar, Bill Russell, Wilt Chamberlain or Elgin Baylor, among others. Those who lived basketball intensely in the decades of the 80s and 90s they opt for players like Magic Johnson, Michael Jordan, Larry Bird or even Isiah Thomas.

The debate is usually generational, as the new breed of fans of this modern age choose the superstars of the last 10 or 15 years as Kobe Bryant. LeBron James, Steph Curry and Kevin Durant, among others, which are the ones that for them are marking or marked an era currently closest.

What we do know is the opinion regarding the current NBA commissioner, Adam Silver, since CJ McCollum asked him that question in 2015 as part of an interview for &#8216;The Players Tribune&#8217;. Silver took a methodical approach in answering that question and chose Bill Russell, Michael Jordan, Magic Johnson and Larry Bird for his particular Mount Rushmore.

But he didn&#8217;t just choose them for their otherworldly talents. Silver explained that all these figures not only influenced basketball during his career as a player, but even after of that. Bill Russell and Magic Johnson they work extensively with the NBA, Michael Jordan you own a franchise and Larry bird was president of operations of the Indiana Pacers.

&#8220;I will not dodge the question, but allow me limit the pool of players first to former players and then to former players I work with on a regular basis. So number one, Bill russell, with whom I have been fortunate to spend a lot of time. Number two, Michael Jordan, of course one of the owners of our league. Number Three, Magic johnson, licensee of the league and currently owner of the WNBA Sparks Sparks. And number four Larry Bird, basketball president of the Indiana Pacers. I&#8217;m being a bit political by creating the only group of former players who work with the league&#8220;, he acknowledged.

How did the active NBA stars on those comments from the commissioner. Players like LeBron James and Kobe Bryant who were still playing during this interview. It is possible that they did not like much that Silver overlooked them for their particular Mount Rushmore.

Tags: basketball nba, Michael Jordan
NBA: Ben Simmons meets with the Sixers today in search of a way out of his situation
NBA: Jordan would earn more than Curry and Anteto if the CPI were applied to his salary from 23 years ago
NBA rumors: The 3 players whose future may change after the soap opera Ben Simmons
NBA 782