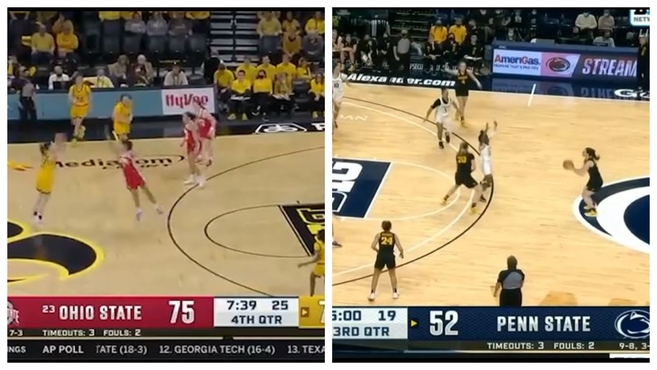 Updated 02/01/2022 - 18:47 ANDThe United States has been the mecca of basketball worldwide since it existed and in each era it has had a figure t

ANDThe United States has been the mecca of basketball worldwide since it existed and in each era it has had a figure to admire and on whom all the spotlights are cited.

Currently, in the year 2022, there are many who consider Stephen Curry the greatest star and that basketball player who lifts everyone from their seats with his very distant triples. But not only is he the only one to achieve those kilometric and implausible baskets.

In the women’s university league, the name of Caitlin Clark stands out and stands out. The 20-year-old is a second-year player in the competition and with just a few months in the league she is becoming one of the offensive references, averaging 26.4 points per game. In his last game he reached his maximum score with a total of 43 points, with a 50% success rate from three shots, some of them from the logo.

Caitlin Clark’s merits have not gone unnoticed by great American basketball figures such as Kevin Durant or Sue Bird, who have made the women’s university competition more in the spotlight of fans than ever.

Tags: basketball nba
NBA All Star 2022: What we needed to see! He makes a ‘bald’ to try to distract his rival with the decisive free throws
NBA Rumors: Is a giant meltdown looming at the Brooklyn Nets?
NBA: Ricky Rubio: “We need players like Marc Gasol”
NBA 2863