NBA: Zion Williamson can lose a fortune for being fat 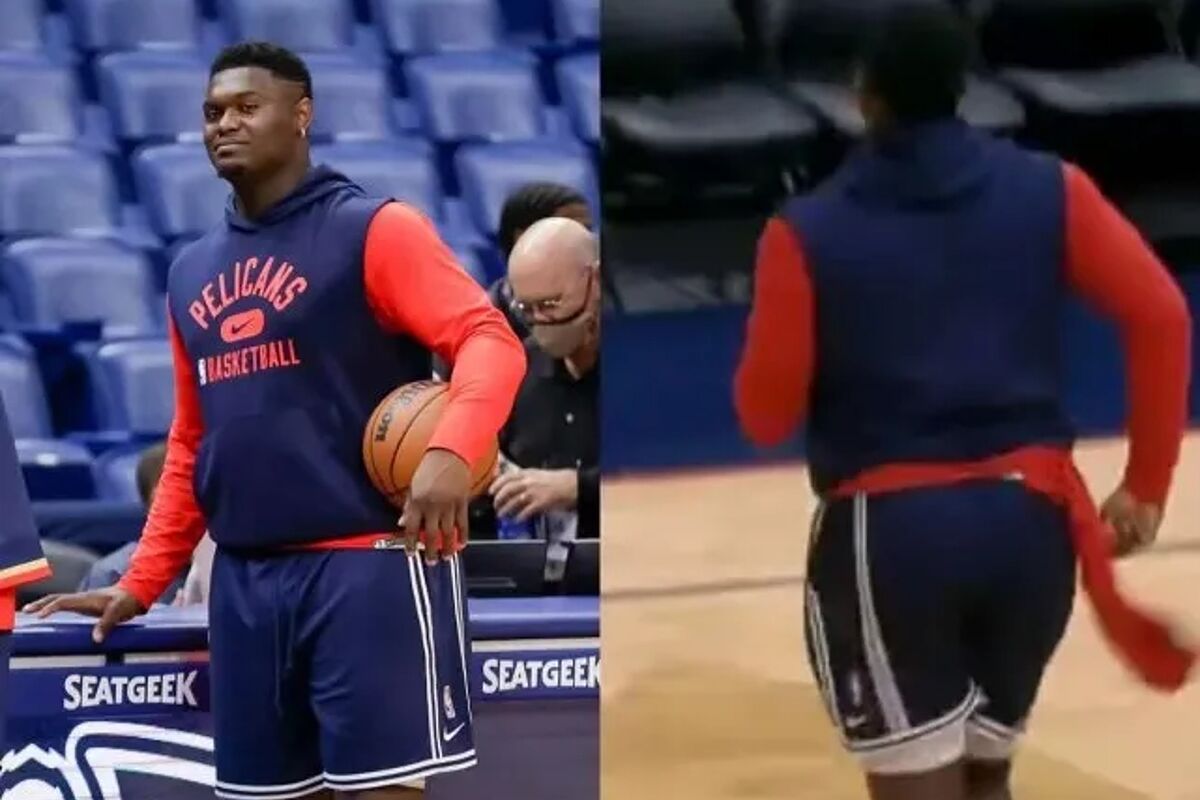 Zion Williamsonone of the young players called to reign in the NBA, he missed all last season due to injury and is eagerly awaiting his return next

Zion Williamsonone of the young players called to reign in the NBA, he missed all last season due to injury and is eagerly awaiting his return next season, entering his final rookie season. Then start cashing in his new contract for five seasons and 193 million dollars.

And that’s not all, because that amount will grow significantly if you achieve any of the bonuses that picks up your new contract. If you become part of one of the best quintets of the entire NBA (best quintet or second best quintet), if it is nominated MVP of the season or is appointed Defensive Player of the YearWilliamson P.could earn $231 million on that new five-year contract.

But the New Orleans Pelicans a letter is kept to ensure that the robust wing-pvot of 22 years old, 1.98 m and 129 kilos stay in shape, because you have a dangerous tendency to gain weight. The journalist specializing in the Pelicans Christian Clarkfrom Nola.com, has revealed that Zion’s new contract includes a special clause which could significantly reduce your profits if your weight and body fat exceed a certain threshold.

“Your extension contains escalators, but also others for de-escalation in the event that Williamson’s conditioning problems continue,” Clark said. “According to league sources, Williamson’s contract stipulates that be weighed periodically during the entirety of your new contract. The sum of your weight and body fat percentage must be less than 295. If not, the amount of money guaranteed in your contract may be reduced.

Keeping fit has been the biggest obstacle in the fledgling career of Zion so far. Although its exact weight was never confirmed, in most of the specialized websites that 129 kilos is his optimum weight, but it is rumored that he has reached over 136 kilos at some point in the season.

The Pelicans They neither publicly confirm nor deny these issues, but the details of Zion’s contract now revealed show that the team is concerned about his fitness, and it should be. He is a explosive player who uses strength, speed and power to his advantage, and so his body is subjected to great impact. His franchise is convinced that playing with that much extra weight could be very damaging to your joints. With that clause they want to prevent that from happening.

Tags: New Orleans Pelicans, Zion Williamson, basketball nba
NBA: The ‘desperate’ NBA announcement to mark its 75th anniversary … with a Jordan that is not Michael Jordan
NBA: Doncic’s first great exhibition that touches the triple-double
Cavaliers 105-92 Magic | NBA: Ricky Rubio recovers the road to victory for the Cavs with his “pieces of art” in the form of assistance
NBA 3193