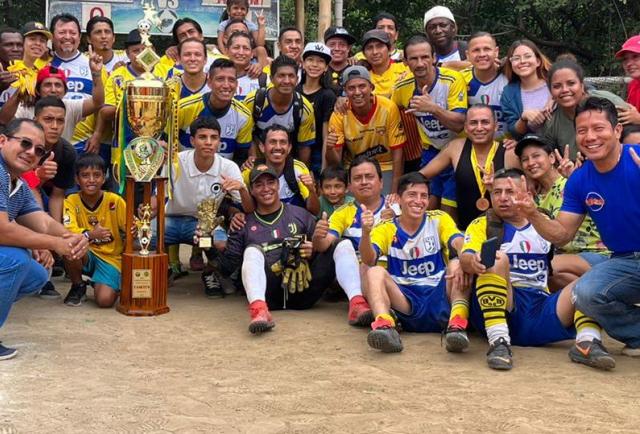 The Salado Gardens League he reached the final of his soccer tournament. It was a sports party that took place on the field of the urbanization that bears the same name as the league in Guayaquil.

The team Vicentino F.C. was the champion by beating San Antonio F.C. on penalties 7-6, after being tied 0-0 in regulation time. So much was the drama of the penalties that in the round of five they were still equal.

In third place was The Cougars and fourth was Sport 36. The best goalkeeper turned out Jimmy Ortegafrom the champion team, and the best scorer was Jose Pugllafrom Los Pumas, with 27 annotations.

Enner Valencia on Qatar 2022: “I dream every day of the opening match of the World Cup”

The sports promoter was present at the closing Manuel Samaniegowho awarded several prizes and manages a synthetic field in the place.

The tournament started with 13 teams and was played every Sunday.

Now organize the next championship football that will start on October 2, 2022. 15 teams are registered.

The president of the Jardines del Salado league, Joseph Moreirastated to EXTRA: “We want to close the year well, we hope to have more teams and in Christmas make the grand finale. Every Sunday there is a party on the pitch of our neighborhood league”.