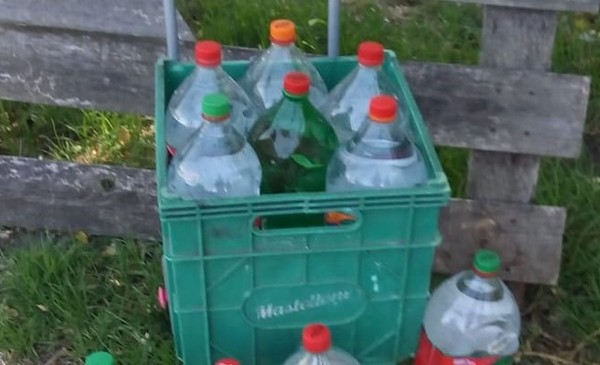 Neighborhood neighbors New Golf, in the southern area of ​​Mar del Plata, they have been without water for four days, a situation that they suffer

Neighborhood neighbors New Golf, in the southern area of ​​Mar del Plata, they have been without water for four days, a situation that they suffer even more at times when the city experiences days of intense heat. Although the lack of a resource in the area is not a new problem, The outlook becomes complex if one also takes into account that, due to the pandemic, hygiene measures must be extreme.

Although the people themselves began to organize and those who have some water share it with the rest of the neighbors, the maneuver is insufficient. It is that, they calculate, Some 1,700 families live in the sector, of which 90% do not have a single drop of water. This is how he told this Tuesday to 0223 Rocío, who lives with her partner and three small children, and who, as she acknowledged, is often debated on what to use the few bottles of water that she manages to collect during the early morning hours. “We have to choose whether we use the water for cooking and for bathing, or for bathing,” he graphically.

For this reason, this morning they managed to contact the municipal government and asked that, at least until the situation normalizes, Obras Sanitarias send them a tanker to be able to stock up and cope with the high temperatures.

This Tuesday, from Osse They explained that due to the supply mode that exists in that area, without the solidarity of the rest of the people of Mar del Plata, it is impossible to respond to the situation. “Even though we made the alert, there are people who are watering. Since he has water, he uses it without measuring the consequences. There is no conscience of solidarity and we are really in an emergency“he explained Silvia Cervera, Manager of Institutional Relations of the municipal company.