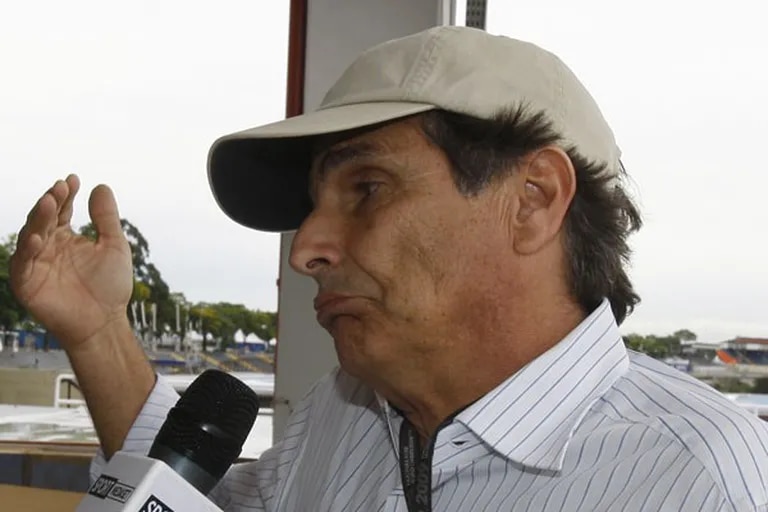 The opinion of Nelson Picket in an interview he gave in November 2021, and which was recovered by a web portal, aroused great controversy. So much

The opinion of Nelson Picket in an interview he gave in November 2021, and which was recovered by a web portal, aroused great controversy. So much commotion was generated on the networks that it forced Mercedes Benz to publish a statement repudiating the statements of the former Formula 1 world champion, who referred to the incident between Max Verstappen and Lewis Hamilton at Silverstone during the 2021 season. Piquet used a racist term to define the Briton and that expression sparked widespread rejection.

In an interview that Piquet offered to the television channel YouTube, MotorsportsTalk, in November 2021, he referred to Hamilton with the word ‘neguinho’ (black). The journalist Ricardo Oliveira asked him if the accident between Hamilton and Verstappen at Silverstone 2021 reminded him of the one that Ayrton Senna and Alain Prost had in the 1989 Japanese GP and Piquet explained that it did not seem similar to him and in his explanation he used the unfortunate term to refer to Lewis.

Many stories were written on the legendary English circuit and the most recent was in last year’s race, when Lewis Hamilton and Max Verstappen touched at the first corner. Much was said about the maneuver that ended with the Dutchman against the defenses and his Red Bull almost destroyed and the Englishman from Mercedes winning the competition against his people.

“The little black guy (Lewis Hamilton) put the car in and left because there was no way to get past two cars in that corner. He played dirty. Luckily for him, only the other (Verstappen) screwed up.” And then he said about Senna’s maneuver: “No. Ayrton did not do that. Senna came right out.” These words come to light days after Hamilton has been named an honorary citizen of Brazil and come from the father of Kelly Piquet, Max Verstappen’s current partner.

Piquet’s words were so strong that even Formula 1 itself expressed itself to defend Hamilton. The same reaction had the Mercedes team, which on social networks repudiated the racist term against its driver.

With difficulties, and assisted by the assistants at Silverstone, Max Verstappen gets out of the Red Bull that was destroyed after the touch with Hamilton

“Discriminatory or racist language is unacceptable in any of its forms and has no place in society. Lewis is an incredible ambassador for our sport and he deserves respect. Relentless efforts to increase diversity and inclusion are a lesson to all and something we are committed to in Formula 1,” F1 shared in a statement.

While from the Hamilton team, they published: “We strongly condemn any use of racist or discriminatory language. Lewis has led our sport’s efforts to combat racism and is a true champion of diversity on and off the track. Together we share a vision of diverse and inclusive racing and this incident underscores the critical importance of continuing to strive for a bright future.”

Does Formula 1 return to Argentina? Gerardo Zamora’s phrase that excites everyone
Monaco F1 GP 2022: Checo Prez starts the fight in Monaco to take off the title of second Red Bull driver
Lewis Hamilton won a historic race and is now championship leader
FORMULA 1 2047

Loading...
Newer Post
Sinaloa stays with a golden metal in boxing, within the 2022 Nationals
Older Post
Dana White: “I have no interest in seeing Mayweather vs. McGregor again”