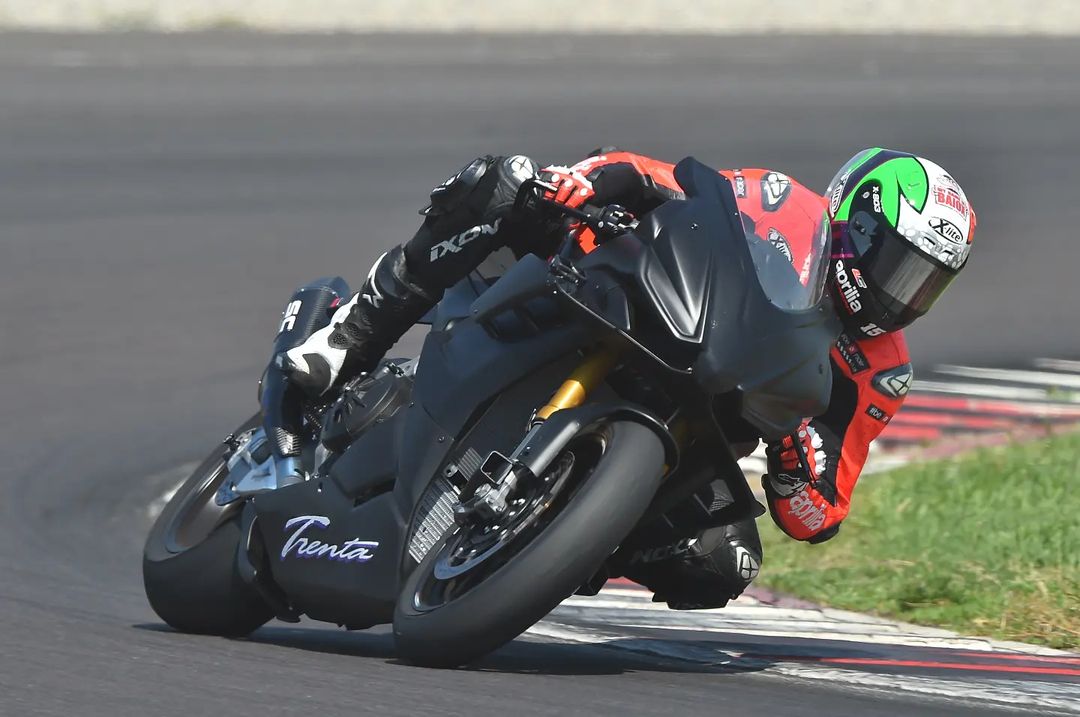 July 29, 2022 A spoon in the swingarm? Some friendly track photos have revealed the Aprilia RSV4 Trenta, which looks like a special and track e

A spoon in the swingarm?

Some friendly track photos have revealed the Aprilia RSV4 Trenta, which looks like a special and track edition that brings some incredible new features more typical of MotoGP.

This year marks 30 years of… ¿? Well, looking in the history of Aprilia, this is the anniversary of the brand’s first 125 cc World Championship won by Alessandro Gramigni. And why do we look at this event? Some images published on social networks show us a supposed Aprilia RSV4 Trentaa special edition with some differences that raise it a notch in performance and exclusivity compared to the standard and Factory versions.

On the fairing you can read the surname ‘thirty’ of this superbike that will surely be a series of limited units and some dressings can be seen, especially in the aerodynamic section. To begin with, the installation of a kind of so-called ‘scoop’ on swingarm, an element used only in MotoGP, but which could reach the superbike in the future. This appendage is used to help maintain the high temperature of the rear tire, a very difficult range to sustain in racing tires. Of course, it keeps the front fenders already installed on the RSV4 last season.

In the action photo published on the Instagram of the test driver, Matteo Baiocco, while testing different models on the Cremona circuit and accompanied by other official drivers of the brand, it can also be seen that the Aprilia RSV4 Trenta has a complete exhaust signed by SC-Project. This unit is exclusively for the circuit, since it does not have homologation elements (lights, license plate, mirrors…), so the exhaust may be associated with a engine map that stretches the V4 even further in peak power. Of course, the propellant surely remains intact, with 1099 cc and we’ll see with what power and the rest of the figures. As for brakes and suspension, they look no different than those seen on current models.

We must remember that the Noale firm already ‘given’ us the Aprilia RSV4 X and the Aprilia Tuono V4 X some time ago, special editions that commemorated the 10 years of the Italian model. On this occasion, the Aprilia RSV4 Trenta It will surely also be a limited edition, specific to the circuit and at a collector’s price.

MotoGP: Time and TV of the Aragon Grand Prix
Bezzecchi and Marini, confirmed by Rossi’s team in their jump to MotoGP in 2022
The Fan Zone prepares many surprises for MotoGP fans next Saturday
MOTOGP 702