New movie: Brad Pitt will be a driver in Formula 1 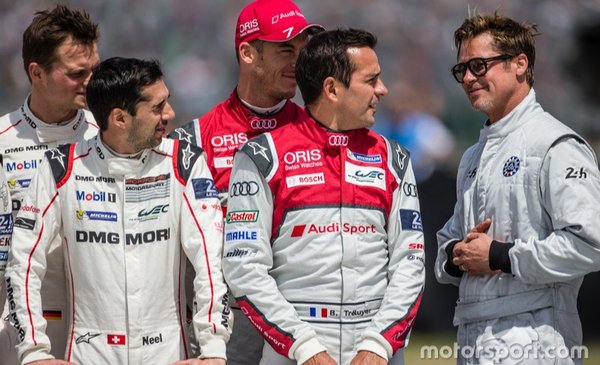 Apple Original Films is the company that now has the release of Martin Scorsese's Killers of the Flower Moon starring Leo DiCaprio, Robert De Niro

Apple Original Films is the company that now has the release of Martin Scorsese’s Killers of the Flower Moon starring Leo DiCaprio, Robert De Niro and Jesse Plemons on its slate of projects. And now, as if that were not enough, to this super premiere is added the film that Brad Pitt will star in about the exciting races of Formula One, tremendous adrenaline that is still waiting for its title.

Likewise, it is known that the director of the film will be Joseph Kosinski, the same as the blockbuster Top Gun: Maverick, while the production will fall to Jerry Bruckheimer, Pitt’s Plan B Entertainment and Lewis Hamilton, winner of seven times in Formula 1.

The concrete thing is that Brad Pitt will play a retired driver who decides to return to the tracks to compete with a rookie in the sport and will also face the already established titans of motorsports. To finish, it is worth remembering that the actor and heartthrob has been interested in the world of Formula 1 for a long time. In fact, the film Ford Vs Ferrari, which traced the lives of racers Carroll Shelby and Ken Miles, was a dream that he was pursuing and was going to star alongside Tom Cruise.

Tags: Movie, Brad, F1
Johnny Herbert, by Michael Masi: “It must not continue, it has done a lot of damage to Formula 1”
INFOGRAPHIC: This will be the spectacular 2022 Formula 1 season
Formula 1 underway | carburizing
FORMULA 1 1629