NFL: Allen gives a recital and the Bills crush the Rams at the start of the NFL 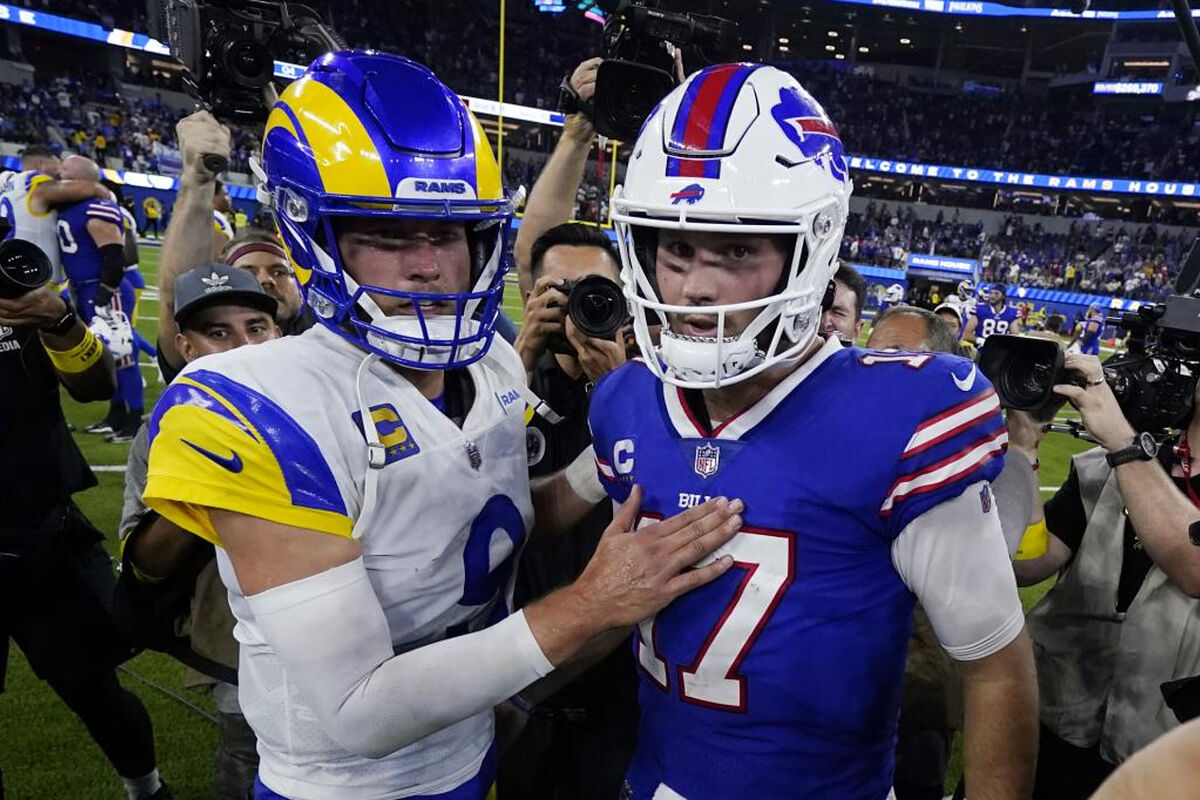 Con a Josh Allen masterful, the buffalo bills They prevailed this Thursday with great authority by 10-31 to the Los Angeles Rams, current champions

NFL: Allen gives a recital and the Bills crush the Rams at the start of the NFL

Con a Josh Allen masterful, the buffalo bills They prevailed this Thursday with great authority by 10-31 to the Los Angeles Rams, current champions of the superbowlat the start of the 2022 season of the NFL.

The first match of the new course was presented as a major duel between two teams that appear on the list of great contenders for the ring.

On the one hand, Billswinners of the AFC East for the past two years, are listed as the number one betting favorites to win the Super Bowl while the rams They have retained much of the block that led them to victory and remain a fearsome rival in the NFC.

The sofi stadium Los Angeles (USA), the venue where the Rams took last February the superbowlhosted this inaugural meeting on a very hot afternoon in the Californian city and also served for the locals to present the trophy to their fans vince lombardi and the champion banner.

But the Bills later crashed the party.

With an overwhelming second half in which they left without scoring the ramsthe Bills signed a fantastic victory thanks to their quarterback John Allensuperb with 26 of 31 passing for 297 yards, 56 yards plus rushing by himself, three touchdown passes, two interceptions and a rushing touchdown.

Instead, the quarterback of the ramsMatthew Staffordhad a very difficult afternoon against the Bills’ rocky defense – led by Von Miller and his two sacks — and went 29-of-41 for 240 yards, one touchdown pass, three interceptions and was sacked seven times.

The incontestable victory of the Bills also ended Sean’s streak McVaywho had five consecutive wins in the first game of the course since he was appointed coach of the rams in 2017.

From the start, the attack of the Bills do not save on pyrotechnics.

On his first long drive, Josh Allen drove his offense confidently and judiciously for 75 yards (9 plays) until Gabriel Davis scored his team’s first touchdown of the game and of the NFL season.

Allen he gave a 26-yard touchdown pass to Davis after a perfect distraction on third-and-one.

He did not show too much affection for his former teammates and captured Matthew Stafford in a first quarter that ended without Los Angeles goals.

With a field goal from Tyler bassthose of Buffalo increased their advantage (0-10) but, little by little, Staffordwho has had elbow problems over the summer, started carburizing.

Thus, Cooper Kupp got his first touchdown of the course from a pass from Stafford in an association that shone last year with its own light (7-10) and, with a field goal from Matt gaythe Rams tied the match at halftime (10-10).

With a 58-yard drive and Allen at the wheel again, totally controlling the game -even running himself if necessary-, the visitors achieved a new touchdown thanks to Isaiah mckenzie (10-17).

Thus, and in another drive of patience, the quarterback dazzled with a 47-yard pass to Davis and, already with the ball six yards from the end zone, finished off the job in a big way with a rushing touchdown (10- 24).

Stafford took more risks until he ran into a new interception and Allen, already in the last quarter, left Stafford speechless again. sofi stadium with a fabulous 53-yard pass to Stefon diggswhich sealed a new touchdown to close a perfect night of the Bills.