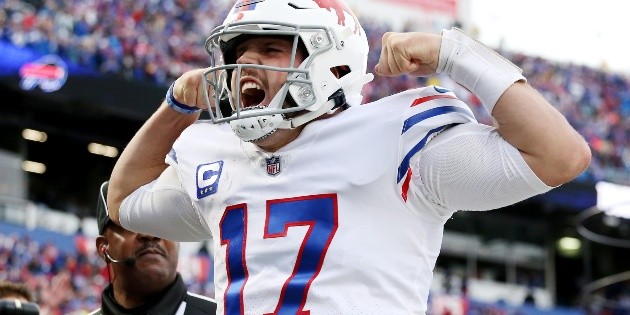 Quarterback Josh Allen returned from a bye week and had a shaky first half, but threw touchdown passes in back-to-back second-half

Quarterback Josh Allen returned from a bye week and had a shaky first half, but threw touchdown passes in back-to-back second-half series to lead the Buffalo Bills to a 26-11 win over the Miami Dolphins.

The Bills (5-2) bounced back from a 31-34 loss to the Tennessee Titans on October 18 as they continued their dominance over their AFC Eastern rival Buffalo beat Miami for the seventh consecutive time, a record in the series.

Allen found his rhythm by overseeing a pair of scoring drives that combined for 22 plays and 151 yards after handling an offense of just 100 yards on Buffalo’s first possession in the third quarter.

Josh Allen finished with 29 of 42 passes for 249 yards with two touchdown passes. Allen, who said goodbye to the Dolphins after scoring on a seven-yard touchdown run with 1:07 left, had the team’s best 55-yard rushing rush.

For the Dolphins (1-7) their quarterback Tua Tagovailoa had a good 21 of 39 yards for 205 yards and an interception. Miami has lost seven straight games to match its longest streak since losing its first seven games of the 2019 season.

Tags: Football, nfl, Buffalo Bills
NFL: Bills end bad streak after beating Panthers
Buffalo woke up in the second half to beat Miami
This is how the panorama looks towards the Playoffs
NFL 276