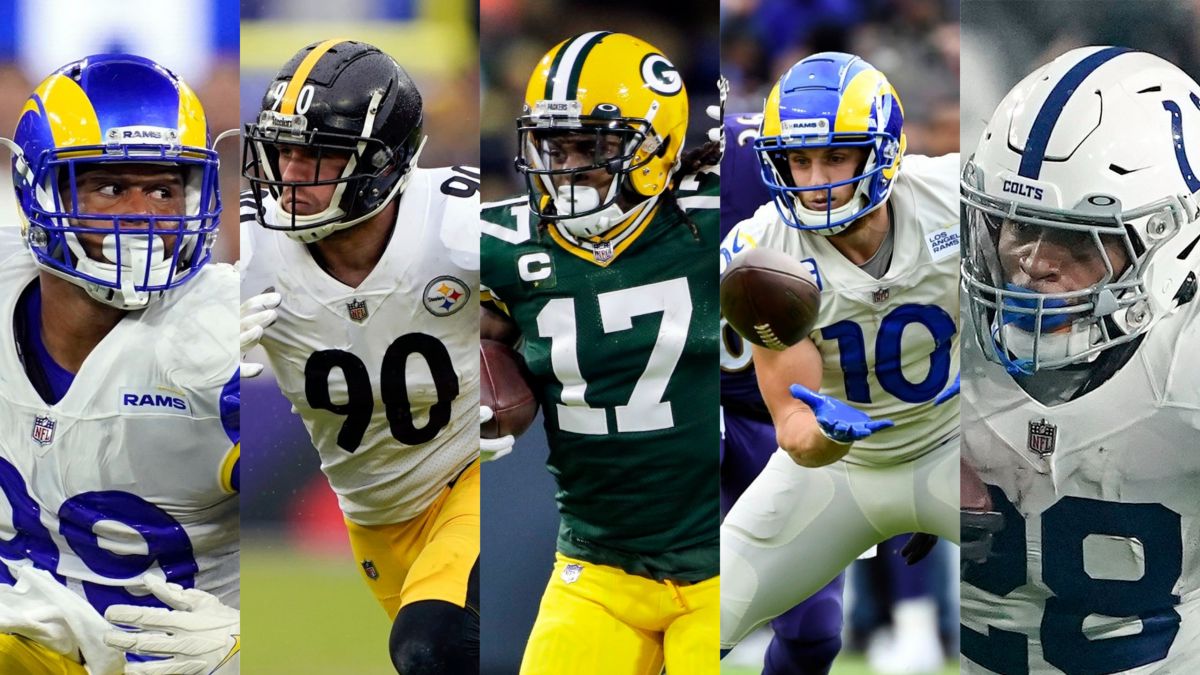 The NFL has unveiled the All-Pro first team for the 2021 season and only five players were chosen unanimously: the wide receivers cooper kupp, of

The NFL has unveiled the All-Pro first team for the 2021 season and only five players were chosen unanimously: the wide receivers cooper kupp, of the Los Angeles Rams, and Dave Adams, of the Green Bay Packers; the running back Jonathan Taylor, of the Indianapolis Colts; the linebacker T. J. Watt, of the Pittsburgh Steelers; and defensive tackle Aaron Donaldof the Rams.

Donald has become a constant on All-Pro teams since he has achieved it in seven of his eight campaigns as a professional. On the other hand, Watt got his third appointment after tying the record for sacks in a season with 22.5. Adams was decorated as an All-Pro for the second time after doing it for the first time last season.

Kupp and Taylor are All-Pro for the first time this season. Kupp earned the triple crown by leading the league in receptions (145), receiving yards (1,947) and touchdown receptions (16); Meanwhile, Taylor was the player who generated the most yards and touchdowns from the line of scrimmage with 2,171 and 20, respectively.

Among the players who were not chosen unanimously, Justin Tucker, the kicker for the Baltimore Ravens, and Zack Martin, guard for the Dallas Cowboys they are the ones with the most appearances with five, followed by Aaron Rodgers, Green Bay Packers quarterback, and Jason Kelce, center for the Philadelphia Eagles, with four.

The players who repeat for the third time are Cam Heyward, Steelers defensive tackle, Darius Leonard, linebacker for the Colts, and Jalen Ramsey, cornerback for the Rams. Both Tennessee Titans safety Kevin Byard and Cleveland Browns defensive end Myles Garrett received their second All-Pro designations. The rest of the players are beginners.

Best of 2021 in the NFL: Tom Brady added to his legend with another ring
Washington vs Giants, the TNF with the most audience since 2018
Summary of Dallas Cowboys vs Kansas City Chiefs, Week 11 of the NFL
NFL 158