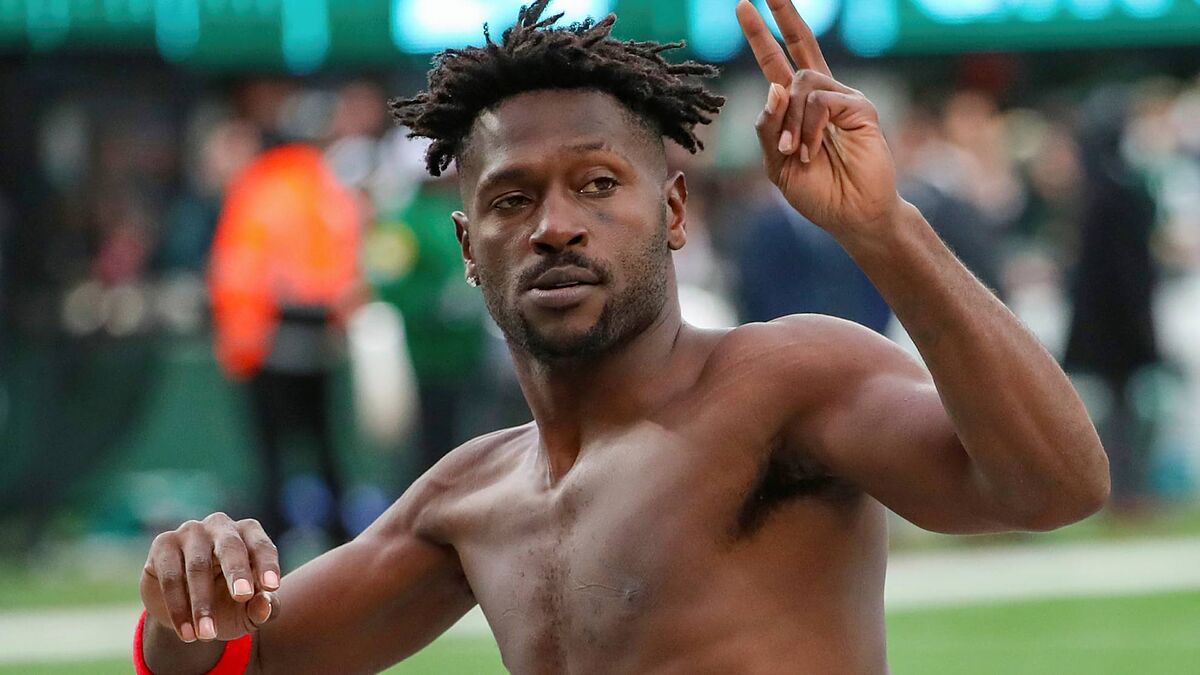 Lin the image of Antonio Brown leaving MetLife Stadium in New York In the middle of the game between the Jets and Buccaneers, shirtless and after a

Lin the image of Antonio Brown leaving MetLife Stadium in New York In the middle of the game between the Jets and Buccaneers, shirtless and after a controversial argument with his own teammates, it appears to be the last for the Florida catcher in his NFL career. A brilliant and controversial player who has buried all his achievements (a ring, four times in the league&#8217;s best team, seven times in the Pro-Bowl, league leader in receptions twice &#8230;) under a history of scandals that have ended up devouring his own character.

Antonio Brown&#8217;s madness: he goes in the middle of the game and throws the shirt to the public

Brown came to the league in 2010 after being chosen by the Pittsburgh Steelers with the number 195 of his promotion. In his first seasons with the &#8216;steel&#8217; team, he demonstrated his quality as one of the best receivers in the league, which earned him two juicy contracts by the Pennsylvania franchise valued at 42 and 68 million dollars respectively. The last for three seasons, although he would never get paid in full.

Despite being the great star of the team, in 2018 Brown began to show his conflictive character. With the Steelers fighting for the playoffs, Brown faces off in training with quarterback Ben Roethlisberger, to which he gets to throw the ball. A confrontation that ended with Brown refusing to play the last game of the season. A year later he ended up asking for his transfer through social networks.

This would come months later. After a first attempt frustrated by Brown&#8217;s refusal to play for the Buffalo Bills, the player agrees to leave for the Oakland Raiders in whose &#8216;training camp&#8217; appears in a hot air balloon. It was also in California that he began his war with the NFL over the use of his old helmet.

TWO COMPLAINTS AGAINST THE LEAGUE

In May 2019 the NFL changed the locker room rules and forced players to change their helmets because they understood that those who had been using it could damage their physical integrity. Brown refused to do so. In fact, then there is speculation about a possible retirement of the player if the NFL does not let him play with his old helmet.

The league upholds its decision to change its policy and denies Brown the ability to play under his old protection. Brown responds in court with a complaint against the NFL itself. His first appeal is rejected, but that does not undermine the spirit of the Miami receiver, who files a second complaint against the league, which will not come to anything either.

Well, yes, to fines and penalties from the Raiders who have to deal with the continuous absences of a player who was not going to train if they did not let him do it with his own helmet. Despite his initial support Mike Mayock, general manager of the team, tires and starts a race of penalties reaching $ 250,000, which invalidates the 30 million contract that the player still had, who was left without receiving what was left of it when the Raiders decided to cut him.

The New england patriots decide to play Russian roulette and sign the player at the request of Tom brady. Three days after announcing his signing, Brittany Taylor, Brown&#8217;s Former Coach, Files Civil Lawsuit in Florida Over Three Episodes of Sexual Harassment. &#8220;As an Antonio Brown rape victim, deciding to speak up has been an incredibly difficult decision,&#8221; stated Taylor. The Brown&#8217;s attorney, Darren Heitner, issued a statement denying all the charges. Both the Patriots and the NFL decide to let the player play in the absence of judicial process.

As a rape victim of Antonio Brown, deciding to speak up has been an incredibly difficult decision

Everything explodes into the air just six days later, the Sep 16, 2019, after adding his first victory and his first touchdown with the New England team. That day a second woman presented a New indictment against Florida receiver who also accused of sexual assault. He was sentenced and the Patriots only take four days to cut the player.

Without equipment, Brown returns to see the faces with the scandal and the controversy. In January 2020 the receptor entered prison after being charged with theft of a moving truck and assault to his driver, who assured that the player was under the influence of some drug. Four days later the receiver posted bail and was released from jail before receiving the call from Drew Rosenhaus, the agent who had defended him throughout his career and who announced that he could no longer be held and was leaving him.

THE LAST CHANCE IN YOUR NATAL FLORIDA

After initially denying their intention to sign the player, the Tampa bay buccaneers announce the arrival of Antonio Brown, who had even announced his retirement, at the request of his former partner Tom Brady. 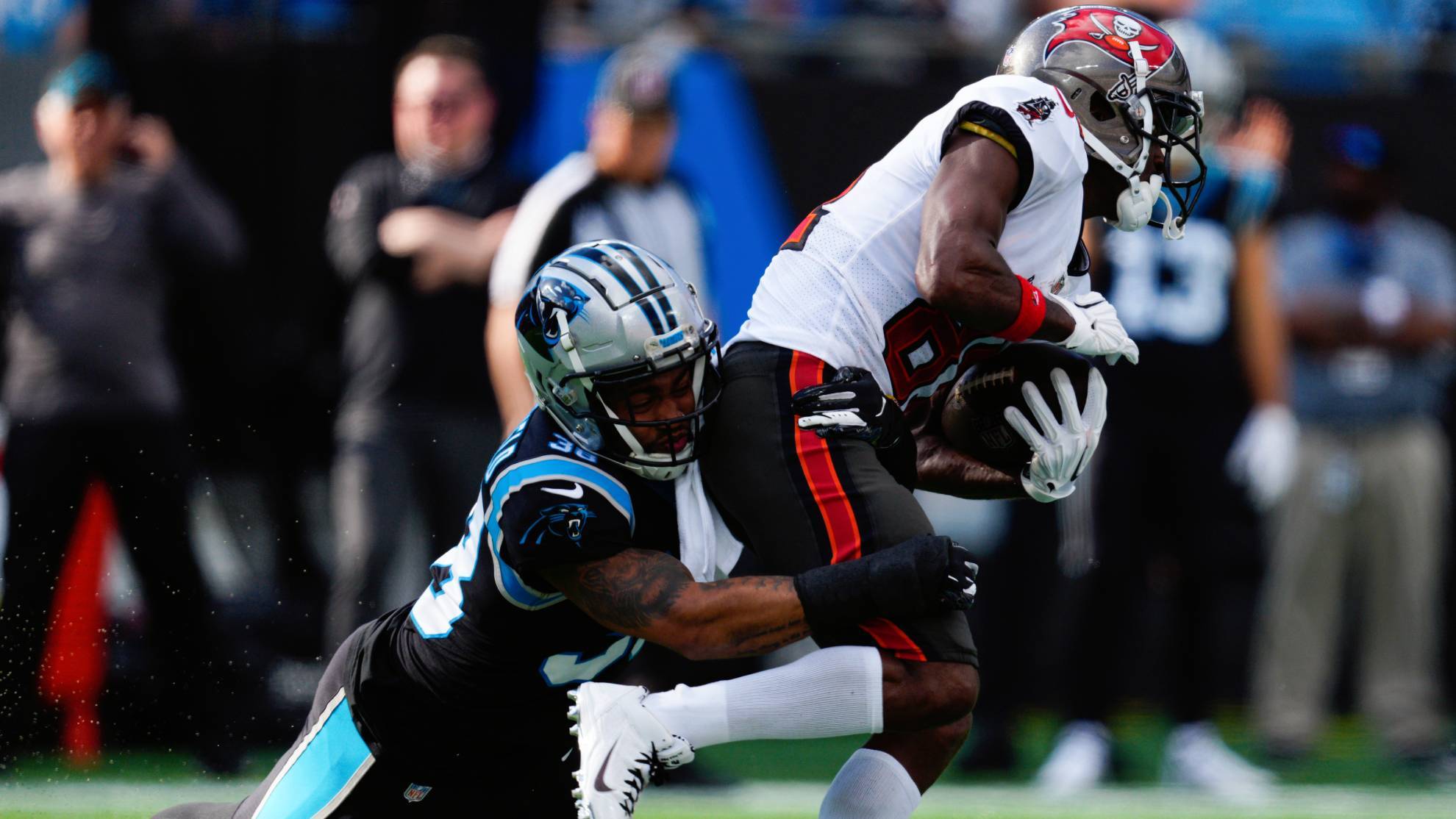 The quarterback thought he could lead the wayward Brown back. And everything seemed to go smoothly in a first season that ended up crowning the Florida team as 2021 SuperBowl champion with the catcher as an important part of the win. The redemption story seemed complete.

However came the COVID vaccination and Brown again showed his worst face. On December 2, the NFL announced the suspension of the receiver and two other Bucs teammates for violating the league&#8217;s coronavirus protocols by falsify the vaccination certificates required by the competition.

It was only the penultimate incident. Brown had one more rabbit left in his top hat. And he made it appear in the most unexpected way, in the middle of a game against the Jets and to Brady&#8217;s despair that he saw astonished how his partner, his personal bet, left the field in the middle of the game while he threw his jersey into the stands. The last snapshot of a player as cool as it is impossible to redirect.

Loading...
Newer Post
FC Barcelona: Mateu Alemany and the inscription of Ferran Torres: “We know how we are and the fair-play problems”
Older Post
The most anticipated boxing matches for 2022