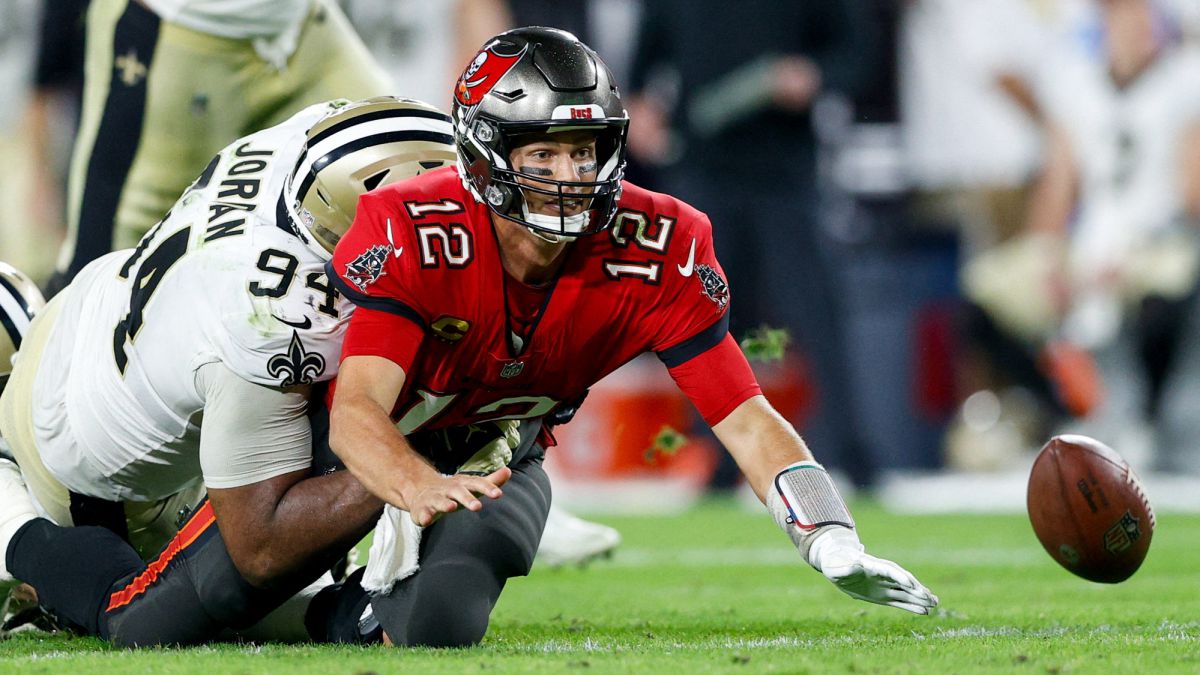 From predicted glory to final disaster. The night was rosy for the Tampa Bay Buccaneers and their star Tom Brady. The most successful quarterback

From predicted glory to final disaster. The night was rosy for the Tampa Bay Buccaneers and their star Tom Brady. The most successful quarterback in history, the GOAT of the NFL, faced the command of his team, the reigning Super Bowl champion, the game against the Saints with the award that a win gave them a place in the playoffs and the first NFC South title since 2007. Everything was ready for another special moment in the career of the 44-year-old Californian … but the New Orleans defense sat on the pitch and, led by Cameron Jordan, watered the Buccaneers’ party at Raymond James Stadium in Florida to beat them 9-0.

Brady lost a ball, received several ‘sacks’, closed the game with an intercepted pass … and ended up very pissed off. The player, who always seems to control his nerves, could not hide his anger when he reached the bench and a tablet paid for the great visiting defense as Tom exploded by stamping the electronic device against the metal with his left hand.

Beyond defeat, ehe zero on the scoreboard for the team led by Brady meant the end of two very long streaks scoring games, both for the Tampa team and for the player himself. The last time that The Buccaneers left without scoring a point on December 16, 2012, when they fell 41-0, precisely, against the Saints.

In the case of the only seven-ring winner in American football, he broke a 255-game concatenation that had lasted since December 2006 when the Dolphins defeated the Patriots, the then-team of Brazilian supermodel Gisele Bundchen’s husband, 21-0. Thus, Brady loses the opportunity to get close to one of the few records he had yet to smash: the 304 games that Drew Brees accumulated.

Loading...
Newer Post
MotoGP 2021: “I was practically dead, I thought about suicide and managed to reset my life”
Older Post
Enjoy with Vera Import your GOLF, now with ECO label