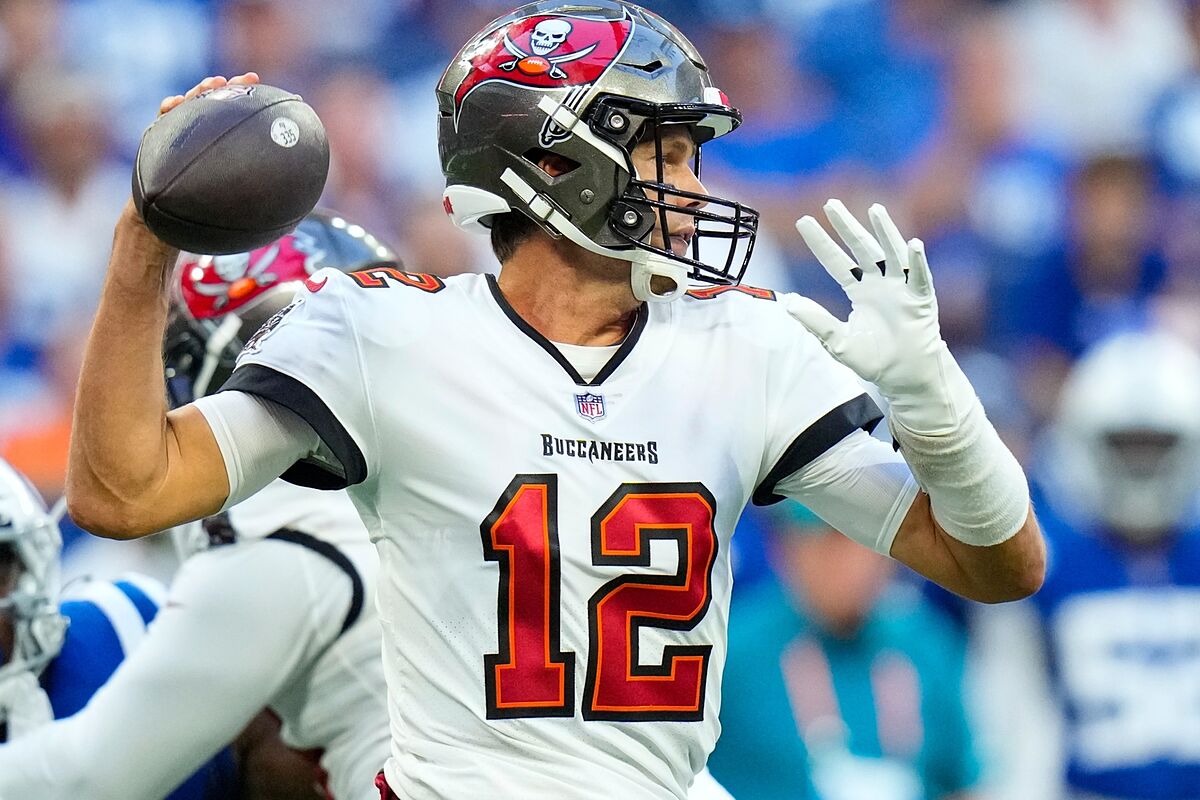 LThe Indianapolis Colts beat the Tampa Bay Buccaneers 27-10 this Saturday, with whom Tom Brady appeared in the last week of the NFL preseason.The h

LThe Indianapolis Colts beat the Tampa Bay Buccaneers 27-10 this Saturday, with whom Tom Brady appeared in the last week of the NFL preseason.

The holder of seven Super Bowl rings led the Bucs’ first offense; add 44 yards, he completed six of eight passes and led his offense to a three-point lead with a field goal.

Brady missed 11 days of practice and his squad’s first two prep games to sort out personal business. Back to training on Monday.

The urgency of the Tampa Bay coach, Todd Bowles, to have his star was due to the need to speed up his coordination with Robert Hainsey, a new center, a substitute for veteran Ryan Jensen, who missed the season due to a knee injury. .

To the bad luck of the Buccaneers, rookie Hainsey was injured in the ankle in the second quarter, he will be tested to find out the severity of the injury.

In the match the The Colts led 14-10 at halftime thanks to rushing touchdowns from Deon Jackson and Phillip Lindsay. Matt Ryan, starting quarterback, started the game; he passed for 59 yards and hit 5 of 7 passes.

In the first offensive of the third quarter, Sam Ehlinger, quarterback three, escaped 45 yards to the end zone to extend the Colts’ lead 21-10; score that lengthened 24-10 with a field goal. In the last period, Indianapolis sealed it 27-10 with another three-point kick.

Earlier in a duel between the rivals that played in Super Bowl LVI last February, the Cincinnati Bengals beat the champion Los Angeles Rams 16-7.

The top quarterbacks on both squads did not play in any of the three preseason games. The Bengals care for Joe Burrow who underwent surgery for appendicitis on July 26; for the Rams Matthew Stafford is recovering from an elbow injury.

The win for coach Zac Taylor’s squad was fueled by kicker Evan McPherson, who made three field goals, completing the 16-7 with a touchdown pass from passer number three Jake Browning to Justin Rigg.

The Rams’ offense was led by Bryce Perkins, third quarterback, who got his squad’s touchdown on the ground. Close this Saturday’s activity the game between the Minnesota Vikings and the Denver Broncos.

Loading...
Newer Post
Nobody expected it: the rising star of F2 who would reach Formula 1 in 2023
Older Post
River Plate equalizes with Tigre in the Argentine soccer league