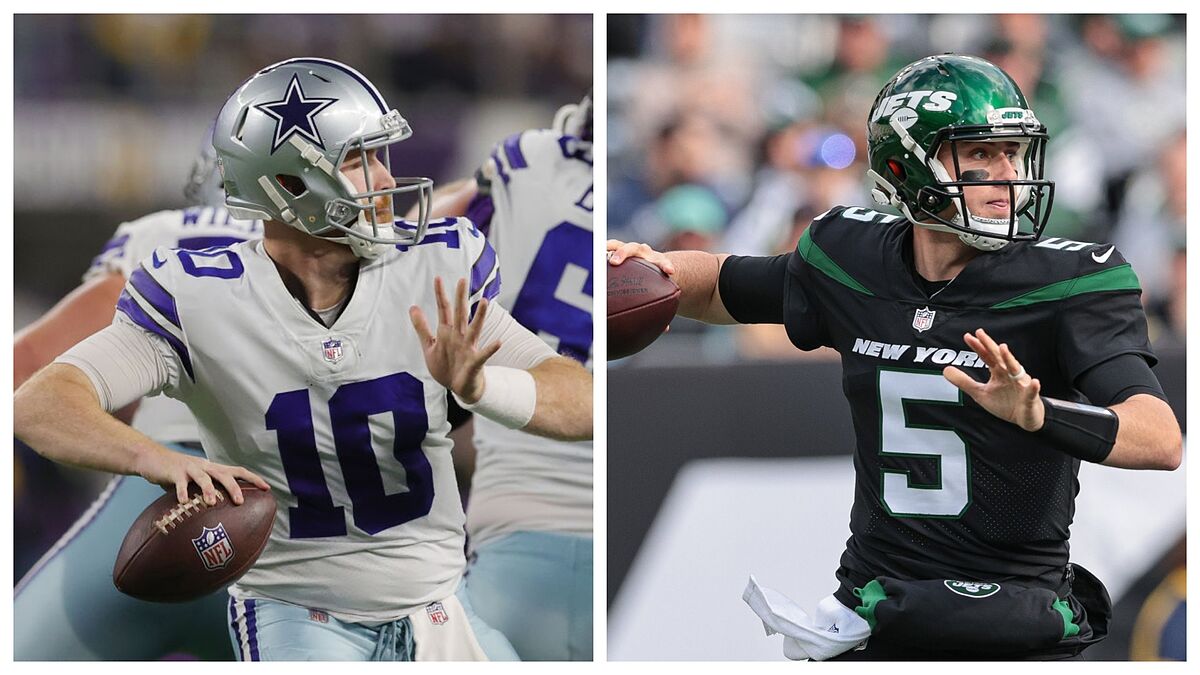 PSome things have in common the Dallas Cowboys season and the New York Jets season. However, and on the occasion of the celebration of 'Day of the

PSome things have in common the Dallas Cowboys season and the New York Jets season. However, and on the occasion of the celebration of ‘Day of the Dead’, both sets smiled after a terrifying performance of their quarterbacks.

Two players who have little to do with each other: Cooper Rush, fifth-year substitute, and Mike White, in his fourth year, played their first NFL game last night as starters.

The team led by Mike McArthy achieved another victory (the sixth in a row) thanks to the good work of the Michigan-born quarterback. Rush, 27 years old, completed a brilliant performance with two passes of touchdown and surpassed 300 yards, becoming the first quarterback in the Texas franchise with those numbers in 37 years.

What&#8217;s more, Cowboys top NFC East division, with six wins and a single loss. It is the best winning streak since the 2016 season, where they won 11 games in a row in a course where they would finally fall in the Divisional round against the Green Bay Packers.

The other protagonist of the day was the unexpected Mike White, a starter for the Jets after Zach Wilson&#8217;s injury. Florida-born player surpassed 400 passing yards in his debut (405), being the only player alongside Cam Newton to reach those figures in NFL history, and the first in his franchise to exceed 400 yards since 2000.

To this must be added the three passes of touchdown completed by the young quarterback, who made him the first player to debut with 400 yards or more and three touchdown passes in the past 71 years.

White, oblivious to the situation of his team, He also made 37 successful passes, another record. in the best league in the world. The night of the dead became a resurrection for two players who had not had a chance to show their talent in the league.