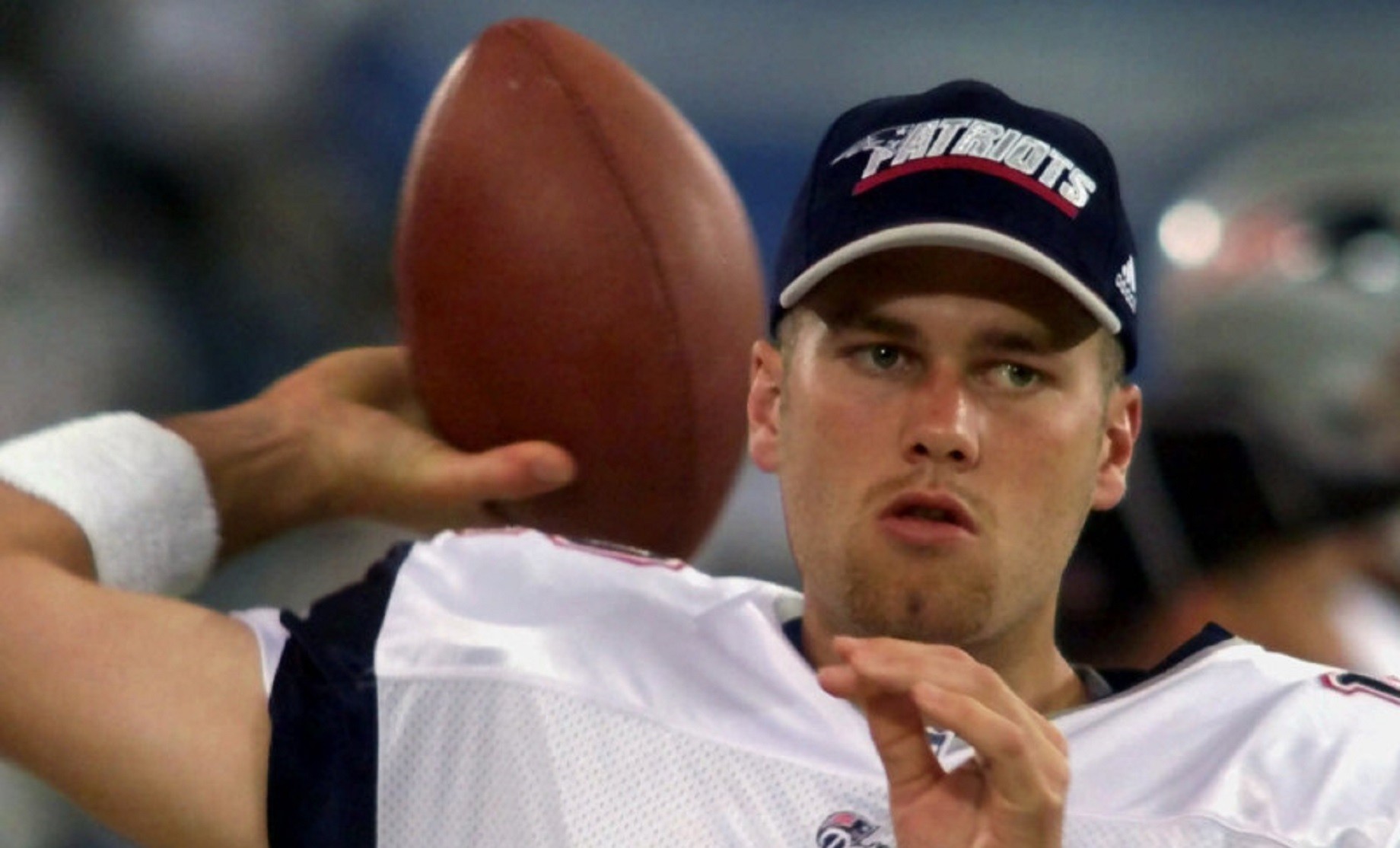 Tom Brady in his rookie year APTom Brady, Considered the best quarterback of all time, he participated, in his own way, in the first day of the nfl

Tom Brady, Considered the best quarterback of all time, he participated, in his own way, in the first day of the nfl draft which began this Thursday in the city of Las Vegas, Nevada, with a message where he recalls his long journey to become an NFL superstar and, along the way, earn some extra dollars.

This Thursday, the passer of the Tampa Bay Buccaneers, Tom Brady, launched his clothing line, whose main distinctive is the number 199 that remembers the pick with which it was taken by the New England Patriots in the sixth round of the 2000 Draft.

On his Twitter account, Brady shared the image of a sweatshirt where the card that was printed to remember your collegiate selection and consists of the (sixth) round, the team (the New England Patriots)the name of the player (Brady), position (quarterback), university of origin (Michigan)and the global turn (199).

The image is accompanied by the phrase: “Greatness lasts forever. Brady.”

DRAFT NFL 2022 Who are the best prospects for the second and third rounds?

After being drafted, Brady became the Patriots’ starter the following season, when he stepped onto the field to replace the team’s star, Drew Bledsoe. He never let go of ownership again and, to everyone’s disbelief, gled the Pats to win six titles Super Bowl, to tie the Pittsburgh Steelers as the winningest teams of all time.

In 2020 he left for the Buccaneerswhere he won his seventh title, thus becoming the winningest player of all time in the NFL, in addition to other records such as being the first quarterback to be crowned playing at home, or the marks for the most scoring passes for life and passing yards or be the only quarterback to have won a Super Bowl in three different decades.

He is also the player with most Super Bowl appearances with 10 and holds the record for passing yards in a Super Bowl game with 505.

In his career, Brady is a three-time NFL Most Valuable Player, two-time Offensive Player of the Year, has a Comeback Player of the Year award, three first-team All-Pro selections, 15 to the Pro Bowl (an NFL record) and has been selected Five-time Super Bowl MVP.

After a 41-day retirement, Brady announced his return to the league with the Buccaneers for his 23rd season as a professional, making him 45 years old. Last active NFL player to be drafted in 2000 and today he is the oldest player in the NFL. Not bad for a sixth-round pick no one gave a penny for…