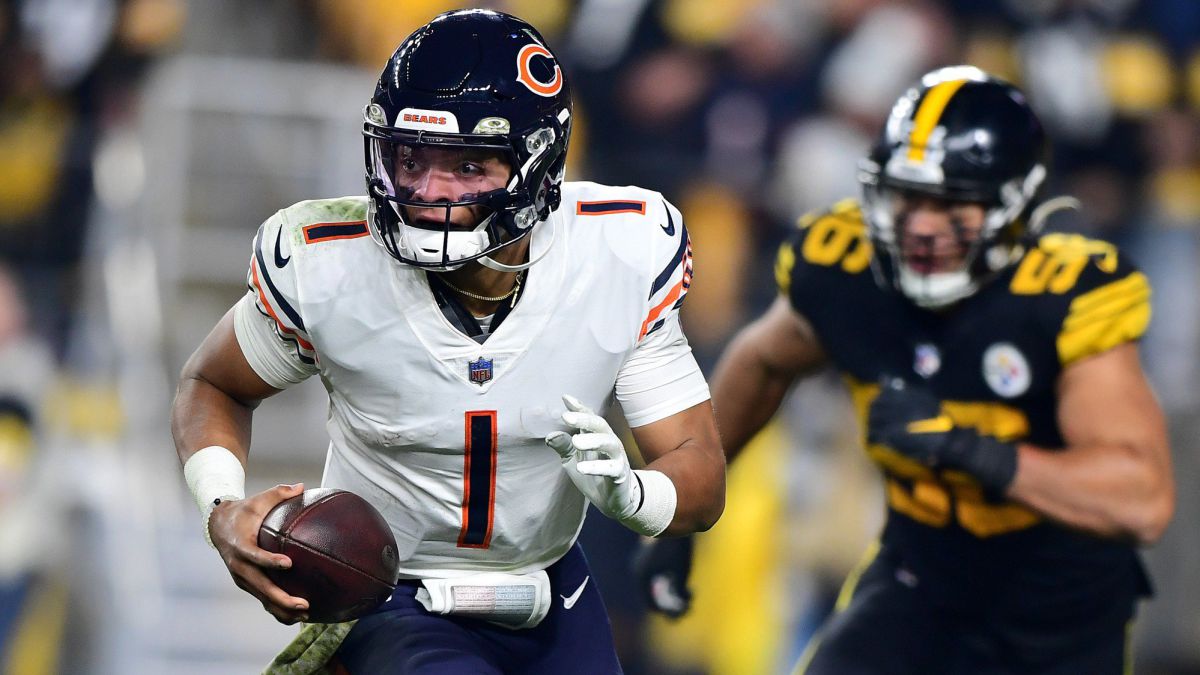 The stellar duel of the Week 11 of the 2021 NFL season is that of the Dallas cowboys visiting Arrowhead Stadium to face the Kansas Cty Chiefs. De

The stellar duel of the Week 11 of the 2021 NFL season is that of the Dallas cowboys visiting Arrowhead Stadium to face the Kansas Cty Chiefs. Despite this, there are other duels that also attract attention, such as Thursday Night between New England Patriots and the Atlanta Falcons and Sunday Night between Pittsburgh steelers and Los Angeles Chargers.

Now, here are the recommendations of the players that you should rule out for Week 11 in your Fantasy lineup.

Justin fields and the Chicago Bears host the Baltimore Ravens at Soldier Field and has not performed well in recent games. It has been useless to add four annotations in the last four games, since he has committed eight turnovers in the same period. The Baltimore defense will constantly be looking to pressure and capture him with Justin Houston and Odafe Oweh. Plus, the Ravens haven’t lost in the last 12 meetings against NFC rivals.

The running back Antonio gibson He gave the Washington Football Team victory over the Tampa Bay Buccaneers last week, but is unlikely to have another game with multiple rushing touchdowns. Also, this week they will face the Carolina Panthers and it will be a long afternoon for Washington’s running back.

AJ Green recovered from the coronavirus, but the Arizona Cardinals have yet to recover quarterback Kyler Murray. With Colt McCoy in command of the offense against the Seattle Seahawks, the majority of his passes will be to wide receiver Christian Kirk in the slot and to tight end Zach Ertz and running back James Conner.

Although Kyle Pitts He is Matt Ryan’s favorite target and accumulates 606 yards and 40 receptions, this week’s game against the Patriots safeties will be difficult. Both Kyle Dugger and Adrian Phillips have three interceptions apiece and will be a nightmare for the rookie out of Florida.

The Buffalo Bills are the best defense in terms of points allowed at 15 per game and because of that Mike badgley, kicker for the Indianapolis Colts, will have a difficult afternoon at Highmark Stadium to add units on the scoreboard.

The defensive unit of the Pittsburgh steelers It will be handicapped by the injuries of linebacker TJ Watt and cornerback Joe Haden and the COVID-19 loss of safety Minkah Fitzpatrick and Los Angeles Chargers quarterback Justin Herbert will surely feast on such a flimsy defense.

Buccaneers activate Chris Godwin and could play Washington
Cardinals and Lions, the poles in the first third of the NFL
Tom Brady and Dak Prescott, side by side in the MVP race
NFL 90