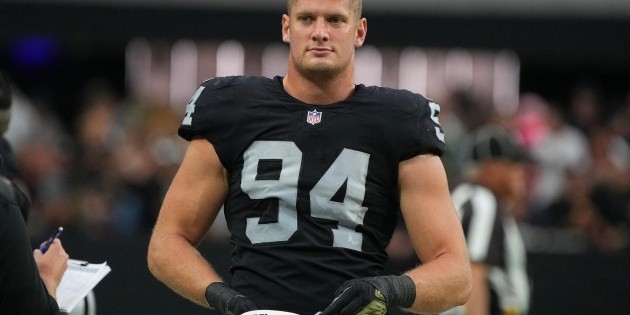 Carl Nassibthe first active player of the NFL who came out as gay, was cut Wednesday, March 16, by the Las Vegas Raiders, the Ameri

Carl Nassibthe first active player of the NFL who came out as gay, was cut Wednesday, March 16, by the Las Vegas Raiders, the American Football League website reported.

With this move, the Raiders save $8 million on their salary bill for the next two years.

Nassib, who had 49 tackles and four quarterback sacks in two seasons with Las Vegas, is free to sign for any other franchise for next season.

The 28-year-old defensive end publicly disclosed his sexual orientation in a video posted on Instagram in June, a gesture that received the support of the president of the United States, Joe Biden, and the commissioner of the NFL, Roger Goodell.

The player, who has played six seasons in the NFL, said that he hoped that his example would help the visibility of other gay athletes.

At footballthe most watched sport in the United States, other players have come out as gay after they have retired.

In 2014, college player Michael Sam was drafted by the St. Louis Rams after coming out as gay but never played in an official NFL game.

The Raiders are in a process of sports transformation after their elimination in the first round of the last playoffs.