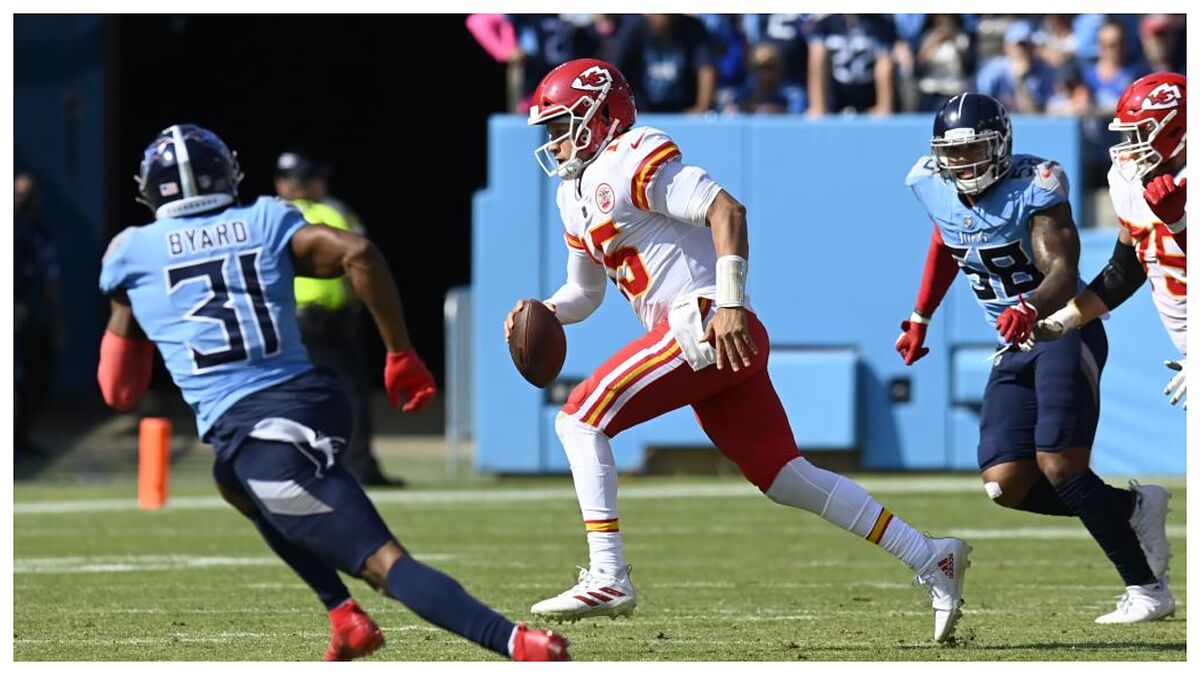 Tafter the end of the last edition of the SuperBowl at the Kansas City Chiefs they had to make decisions. It was not acceptable that a team led by

Tafter the end of the last edition of the SuperBowl at the Kansas City Chiefs they had to make decisions. It was not acceptable that a team led by the greatest generational talent of the last decade in the NFL sank due to his offensive line. Well, for the new year they revamped the squad &#8230; And it still doesn&#8217;t work.

In the match belonging to week 7 of the NFL against the Tennessee Titans (3-27) it has been shown again that Chiefs of Mahomes they are far from their best. The group led by Ryan Tannehill at quarterback, AJ Brown and Julio Jones at wide receivers, and the always spectacular Derrick Henry at runningback. destroyed from the first period to about Chiefs lost in defense.

Furthermore, the attack of Mahomes it didn&#8217;t flow either. The passes with the best receiver of the Chiefs, Tyreek Hill, they didn&#8217;t even happen, and there were no other solutions. On the 15th he conceded sacks and sent passes without a destination, and his first score was not given until after the break (0-27) with a kick from Butker. An explosive cocktail with which the party became impossible. To make matters worse, in the last period the player passed through the Texas Tech University he suffered a severe blow that forced him to be examined by the doctors.

Thus, comes the fourth defeat of the Chiefs. Negative record, with another very tough record: the first game with Mahomes in the regular season without a touchdown. Also, away from the two leaders of his division, Las Vegas Raiders and Los Angeles Chargers. A situation that makes you fear that Patrick Mahomes and his Kansas City Chiefs may be without a playoff.Arrowhead usually does magic, but Chiefs they must do their part.

The calendar is anything but benevolent for those led by Andy Reid. Well, after the commitment that they should solve before the Giants three major pitfalls arrive. The Packers, which continue to work thanks to the combination of Aaron Rodgers and Davante Adams, the Raiders, a divisional rival that they have to beat and, for example, last year made their lives very difficult, and Cowboys, one of the defenses that are working best.

Tags: nfl, sports Center
NFL: Outrage with Ruggs III: They will accuse him of drunk driving and 250 km / h in the fatal accident
Jason Garrett ‘cut’ from Giants offensive coordinator job
He turned down an offer to return to the NFL because he wants to be a professional boxer
NFL 91

Loading...
Newer Post
Formula 1: Vertappen won a race in the United States and stretches the lead with Hamilton
Older Post
Ecuador falls to Venezuela in a friendly for women’s teams | Football | sports