NFL players who have participated in the World Championships in Athletics 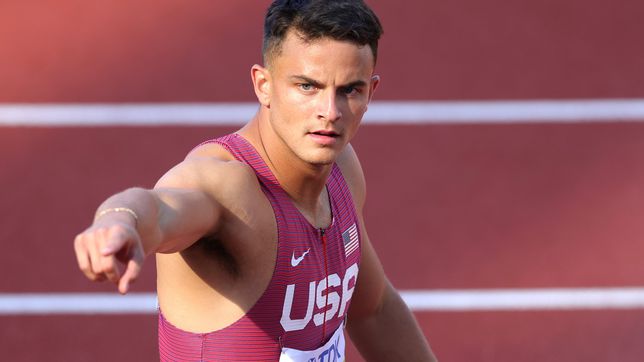 While there have been NFL Olympic track and field champions like Bob Hayes and James Jett and many other amazing athletes at the college level, onl

NFL players who have participated in the World Championships in Athletics

While there have been NFL Olympic track and field champions like Bob Hayes and James Jett and many other amazing athletes at the college level, only a few have had the luxury of participating in the World Athletics Championships.

Now, Philadelphia Eagles wide receiver Devon Allen could join the select list. Allen has yet to make his NFL debut, but he has qualified for the final of the 110-meter hurdles and it’s possible he could medal at Eugene 2022.

Nehemiah was the first man to run the 110m hurdles in under 13 seconds and held the top spot for four years. The wide receiver accumulated 754 yards and four touchdowns as a result of the 43 receptions he made in three years with the San Francisco 49ers (1982-1984).

Gault is the most successful athlete both in the NFL and on the tartan tracks. The former wide receiver won Super Bowl XX with the Chicago Bears and won the 1983 WAC gold medal in the 4×100 relay and bronze in the 110m hurdles. In ten seasons in the NFL, the University of Tennessee product amassed 6,635 yards and 44 touchdowns after catching 333 passes. Also, on the ground he generated 154 yards on 21 carries.

YOU MAY BE INTERESTED: USA makes history in the 100

Holliday’s case is special, as the LSU alum qualified for the WAC of 207, but chose to do the college football season with the Tigers instead of running. In the NFL he played four seasons with the Denver Broncos, Houston Texans, San Francisco 49ers and the Tampa Bay Buccaneers in which he excelled as a punt and kick returner.

Charles Johnson, former Steelers and Patriots player, dies at 50
Tom Brady and Dak Prescott, side by side in the MVP race
NFL 2022: The NFL announces the games it has in Europe for this year: What are the games this season?
NFL 374