NFL: Scandal in the NFL! Brady’s ‘Bucs’ coach hits one of his own players 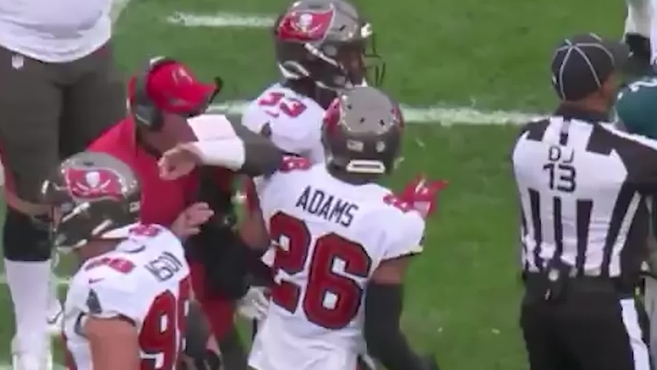 TO the champions usually happen to him things of all kinds. To the Phil Jackson and Michael Jordan’s Chicago Bulls the problems with the ’23’ game weighed on them, Tiger Woods, in golf, his troubles off the field are known… But a coach attacking his players is something difficult to see. Well, in theTom Brady’s Tampa Bay Buccaneers has happened with his technical director, Bruce Arians, as the protagonist and fined.

Bruce Arians is one of the ‘best kept’ secrets of the umpteenth rejuvenation of Tom Brady in the NFL. at the super bowl defeated at home, the ‘Ray Jay’ from Tampa, it was key how he managed powerful egos, like Brady’s, problem players, like Antonio Brown or Jason Pierre-Paul, and reconverted some defenestrados, in the case of Leonard Fournette.

On this occasion, it seems that this temper has ended and in the round of ‘WildCard’ in which the ‘Bucs’ destroyed the Philadelphia Eagles he was ‘caught’ in an action that outrages the respectable. The Buccaneers recovered the ball and one of their defenders, Andrew Adams, was among the rivals. Arians goes to get him out of that place and hits the player.

The cameras recorded what happened, and Arians defended himself. “I kept him out of trouble. We don’t want a player to be sanctioned“, he commented. The explanations were useless, because the The NFL has fined the Tampa Bay Buccaneers coach $50,000. This causes a scandal, as an ‘old’ friend of the League and the ‘troubles’ may be right.

When the controversial Antonio Brown was fired from Tampa Bay After mounting ‘a number’ in the middle of the match, he defended himself from critics. Among them was Bruce Arians. “He has bad treatment with his players,” he commented. Weeks later there is an example. Normally, it would have no weight, but there is already someone through the social media points to Bruce Arians.

It does not seem that it could be an element that knocks down the project of the ‘back-to-back’ in titles of the ‘Bucs‘ by Tom Brady, but they’re making headlines for non-sports reasons. Just before one of his biggest matches. In view of Los Angeles Rams, with a defensive framework in which, precisely, a coach like Arians he has to pull out his best tricks.