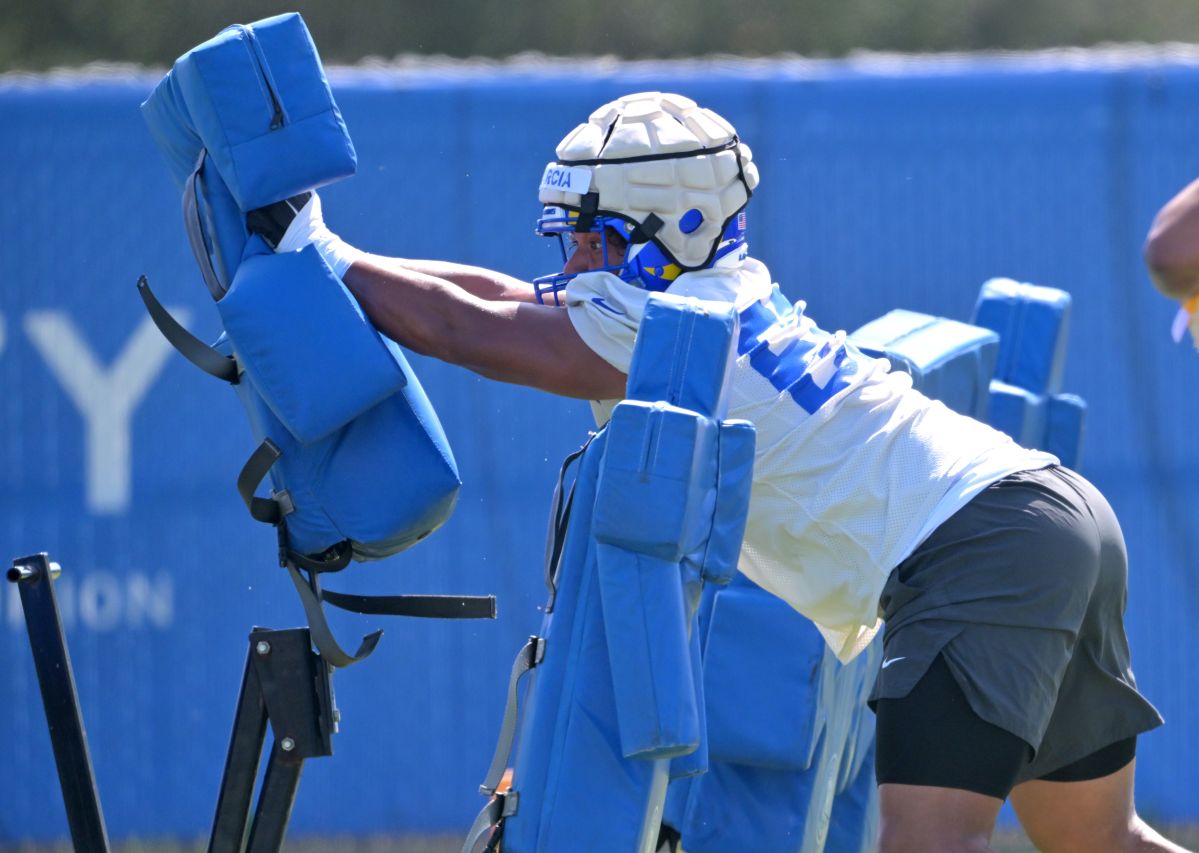 The teams of the NFL started this week the program "Guardian caps"; padded covers placed over the helmets to reduce contact and prevent

The teams of the NFL started this week the program “Guardian caps”; padded covers placed over the helmets to reduce contact and prevent concussions during workouts.

According to data from the NFL’s chief of medical services, Dr. Allen Sills, in the first two weeks of practice there is a high intensity of contact between the heads of the players who they cause an average of up to 30 concussions per year.

“We know that head contact in this sport is unavoidable, but with this program we want to focus on the part that we believe is avoidableSills explained last March when the use of “Guardian caps” was ordered.

Steelers head coach Mike Tomlin joins in with his team to wear a Guardian Cap during the first day of minicamp Tuesday at UPMC Sports Complex. pic.twitter.com/CJIeXhX9i0

The reason that more concussions occur during the first few weeks of training is because the teams have a greater number of players who are intensely seeking to remain as one of the 53 elements who will face the regular season.

Steelers quarterback Kenny Pickett drops back to pass while wearing a Guardian Cap during the first day of minicamp Tuesday at UPMC Rooney Sports Complex. pic.twitter.com/j4PJDvGfwX

The “Guardian caps” are soft pads that adhere to the outside of the helmet, frequently used in college footballand reduce the force of the impact between 20 and 33 percent.

The NFL announced that the use of these padded covers is mandatory for offensive and defensive linementight ends and linebackers from the second week of training through the run-up to the second preseason game in mid-August.

The Pittsburgh Steelers were among the first teams to order, not only players of the mentioned positions, but all of their elements to wear “Guardian caps”, even their coach Mike Tomlin tried one and spoke of the importance of using them.

the #Steelers wore Guardian Caps for Day 1 of Mini Camp – including Coach Tomlin.

Coach said after practice: It’s a new rule, it’s for their safety. We’re going to make it a non-issue for us and focus on our work. pic.twitter.com/yhKN4CvKBQ

“We are going to adhere to the rules, it is for safety; let’s all take one and make it not a problem for us“He mentioned midweek.

As this is the first preseason in which this program is implemented, the league does not have a results parameterbut Dr. Allen Sills stressed the importance of reducing the intensity of head contacts.

“Even if there is no change in concussion numbers with this intervention we would still consider this worthwhile if it reduces the impact force each player receives on the helmet,” he said.

Arizona Cardinals player in the NFL, Jeff Gladney, died at the age of 25 in a traffic accident

Eagles vs Cowboys Prediction; NFL night will be spectacular
NFL in Mexico. San Francisco 49ers will play the Arizona Cardinals
Summary of Buffalo Bills vs Tennessee Titans, Week 6 of the NFL
NFL 309