NFL: The touchdown that demonstrates the power of the Super Bowl champions 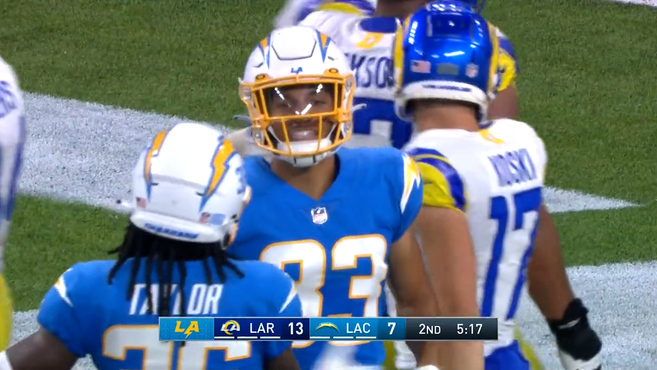 LThe Angeles Rams have started the NFL preseason like a shot. In his first game of 'pre-season', The Rams beat their neighbors, the Los Angeles Ch

LThe Angeles Rams have started the NFL preseason like a shot. In his first game of ‘pre-season’, The Rams beat their neighbors, the Los Angeles Chargers, 29-22.at the SoFi Stadium in Los Angeles.

In the play that could put the Rams ahead, for the first time in the game, you will see the power shown by the current Super Bowl champions and main candidates to renew the title. Perkings sent a ball to Lance McCutcheon, one of the young promises of the Los Angeles team. The wide receiver caught the ball and ran several meters down the flank. Then two defenders jumped on him to stop his run. McCutcheon shot of reflexes and strength to dribbling the defenders’ grabs and causing them to collide with each other, leaving him the free run to the touchdown. Dicker scored his second ‘kick’ of the afternoon and doubled the lead over his neighbors.

Bandy and McCourt, with their kick, again tied the game at 14 points. Perkins, on a pass from McCutcheon, put the visitors ahead until Stick tied the game for the last time.

Lance McCutcheon, again, and Dicker scored the last punt touchdown of the afternoonwhich closed the victory for the Rams.

Los Angeles Rams they already look at their second preseason preparation match. This being against Houston Texans on the 20th of August. Later they will visit the Paul Brown Stadium in Cincinnati to repeat the Super Bowl against the Bengalsright before debut in the regular season NFL at SoFi Stadium against the Buffalo Bills.