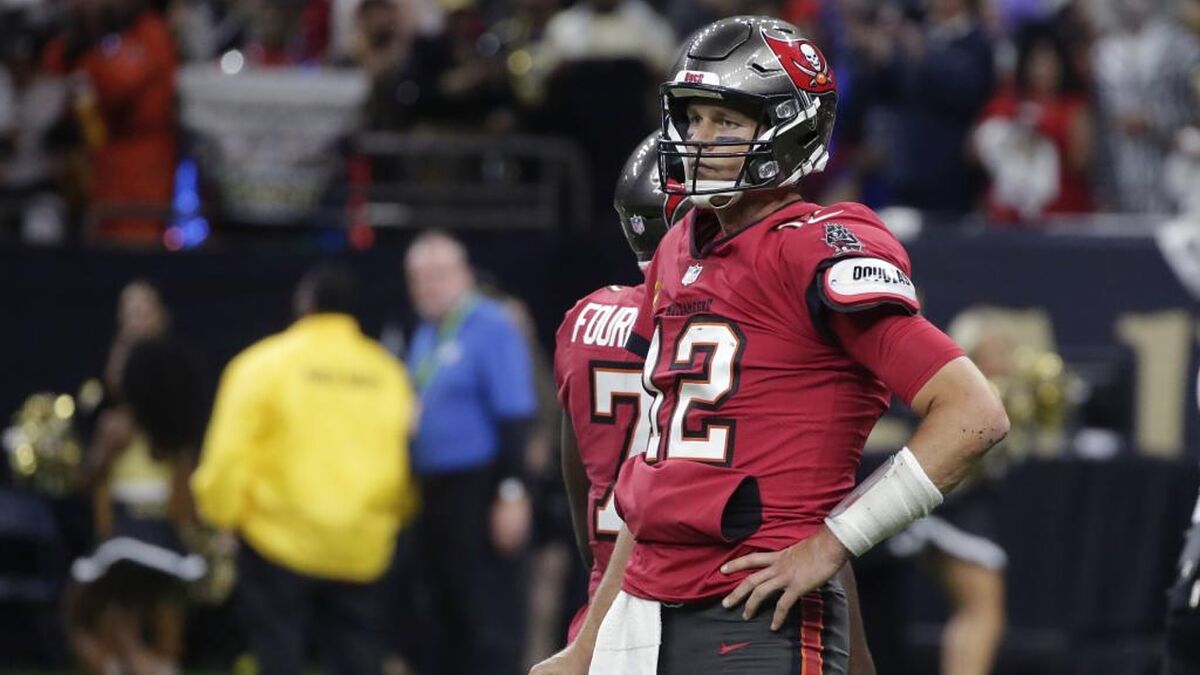 Tom brady is human ... Or so he showed in the game he faced his black beast during the regular season, the New Orleans Saints, since the 12th has h

Tom brady is human … Or so he showed in the game he faced his black beast during the regular season, the New Orleans Saints, since the 12th has happened to play in Tampa Bay Buccaneers. His team, champion of the NFL Last year, he suffered the second loss of the year after a disastrous final position for the best player in the history of American football.

It was a game more than even, but marked by misfortune. Specifically, for the quarterback of the Saints, Jameis Winston, That he suffers a terrifying fall and all indicates that it is a long-term knee injury. A shame for the former player of the &#8216;Bucs&#8216;and headline at Saints ahead of Taysom Hill after Drew Brees retired.

In that context, the party was a war in which Saints shone and forced Brady to get his arm out. He featured a throw from afar to Mike evans with a minute and a half to go to the end of the third quarter of the game. The two teams were more than evenly matched and neither managed to stand out.

More shadows than lights in the final period

In the last quarter the contest will be tied again and Brady he had to unblock his attack with a genius. It was a 50-yard throw after confusion in the opposing defense that reached Cyril Grayson. The score was tight, again.

Everything will be decided on the last possessions. The Saints They will take the lead after a kick between sticks. The ball will go back to Brady, which was beginning to fail. The passes do not come out and the worst possible. A fatal pitch intercepted by PJ Williams and touchdown from the defender of the New Orleans team.

Ace, Tampa Bay was defeated for the second time after a bad end of Tom Brady. A disappointing performance for the best quarterback from the beginning of the season. Second defeat for the current champions and before the black beast, the Saints. It should be remembered that they were crushed in the past Regular Season, although Brady and company will return it in the Playoffs.

Tags: sports Center, nfl
NFL: Brady’s best assist: “You helped me overcome brain cancer”
Neither Brady nor Mahomes, Dak Prescott is the highest paid player in the NFL
NFL: The surreal Steelers – Bears: A referee hits a player and penalizes him!
NFL 91

Loading...
Newer Post
It’s all the rage! The dark neo-Nazi past of a UFC star
Older Post
De la Cruz advances to the quarterfinals in the Boxing World Cup