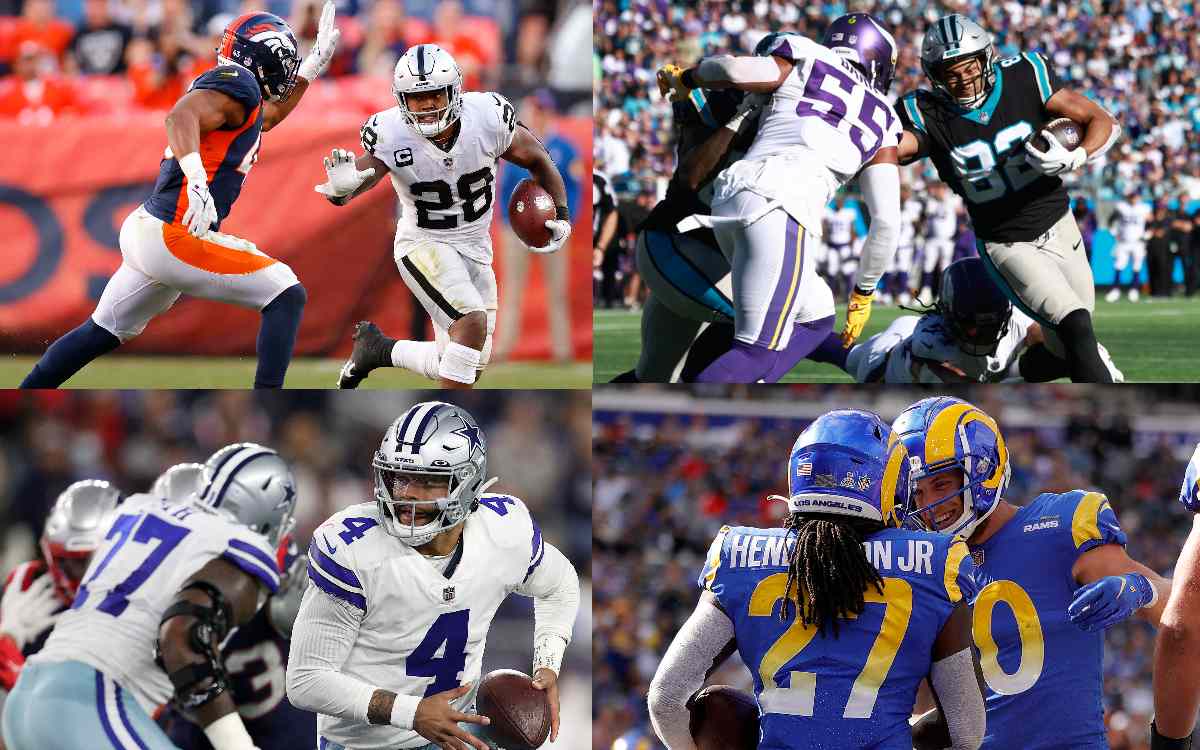 Sunday, NFL day. Like every weekend, the National Football League gives us great games within the fields, and this weekend was no excepti

Sunday, NFL day. Like every weekend, the National Football League gives us great games within the fields, and this weekend was no exception, as we witnessed a historic victory for the Dallas Cowboys against the New England Patriots and the great moment for the one that passes the Baltimore Ravens and the Arizona Cardinals.

The Jacksonville Jaguars ended their 20-game losing streak when Matthew Wright kicked a 53-yard field goal at the expiration of the clock to beat the Miami Dolphins 23-20, a game in which Trevor Lawrence totaled 319 passing yards, including a touchdown, for both he and coach Urban Meyer to finally clinch their first NFL victories.

Kirk Cousins ​​completed a 27-yard touchdown pass to KJ Osborn on the first possession of overtime to give the Minnesota Vikings a 34-28 victory over the Carolina Panthers. In this game, Cousins ​​threw for 373 yards and three touchdowns against the best pass defense in the NFL, Dalvin Cook rushed for 140 yards and a touchdown.

Lamar Jackson threw for 167 yards and a touchdown and the Baltimore Ravens defense dominated Justin Herbert and the Los Angeles Chargers in a 34-6 victory. The Ravens completely controlled the duel between division leaders and thus spun their fifth game without knowing the defeat.

Patrick Mahomes threw for 397 yards and commanded three touchdown drives in the second half to make up for a pair of interceptions, guiding the Kansas City Chiefs to a 31-13 win over Washington. After throwing two interceptions before halftime, Mahomes found Tyreek Hill for a two-yard touchdown late in the third quarter. He set the course for the game with a 24-yard touchdown connection to Demarcus Robinson with 3:14 left in the fourth quarter.

Aaron Rodgers threw a pair of touchdown passes and ran for another, guiding the Green Bay Packers to a 24-14 win over the Chicago Bears. It should be noted that the Packers (5-1) defeated the Bears (3-3) for the 20th time in the last 23 meetings, including the playoffs, and improved their record to 22-5 against Chicago with Rodgers as the starter. They also kept the Bears from catching up at the top of the NFC&#8217;s North Division.

Joe Burrow set a career-high three touchdown passes and the Cincinnati Bengals beat the Detroit Lions 34-11. In addition, the Bengals managed to match their crop of victories from last season and doubled their 2018 wins during coach Zac Taylor&#8217;s first season.

Kyler Murray threw four touchdown passes and the Arizona Cardinals remained the only undefeated team in the NFL with their best start to the season since 1974 (despite the absence of coach Kliff Kingsbury) with a 37-14 victory over a handicapped. Cleveland Browns.