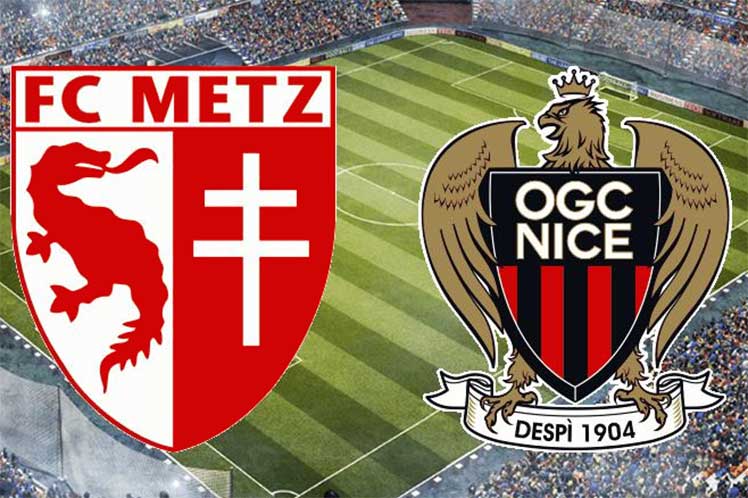 At the Stade Municipal Saint Symphorien, Las Águilas dominated the game on matchday 22 thanks to goals from Khéphren Thuram in the 58th m

At the Stade Municipal Saint Symphorien, Las Águilas dominated the game on matchday 22 thanks to goals from Khéphren Thuram in the 58th minute and a penalty scored in the 86th by Amine Gouiri, his tenth of the campaign.

Nice reached 42 points, only surpassed by the 50 of the leader and favorite PSG and two ahead of Marseille, who defeated Lens 2-0 last night.

The battle for second place and for the other direct ticket to the UEFA Champions League seems centered right now on Águilas and Focenses, after the Sunday defeats of Strasbourg (35), Rennes (34) and Mónaco (33), located in fourth, fifth and seventh place, respectively.

Strasbourg fell 4-3 in Bordeaux despite a brace from veteran Kevin Gameiro (he has eight goals), outplayed by a team that featured South Korean Hwang Ui-jo in attack with his hat-trick, racking up nine goals.

For its part, Rennes could not beat the discreet Clermont, a club that won 2-1 at home at the Gabriel Montpied stadium, while Monaco lost in a great duel 2-3 at Montpellier’s home, a clash in which the Monegasque Wissam Ben Yedder scored his 13th Ligue 1 goal, the solo leader.

Montpellier had Englishman Stephy Mavididi as the protagonist at the Stade de la Mosson with a brace, the second of those goals already in stoppage time to take his team to sixth place with 34 units.

In the other two Sunday games, Nantes beat Lorient 4-2 and Angers 2-1 Troyes.

Tonight the leader PSG and Reims will close matchday 22 in the Parc des Princes in this capital, a meeting in which the star Lionel Messi will return to the field, after a month out of the red and blue calls.

Loading...
Newer Post
They analyze the veto that prevents property taxes from golf courses in Sinaloa
Older Post
How much did Brandon Moreno earn per title at UFC 263?