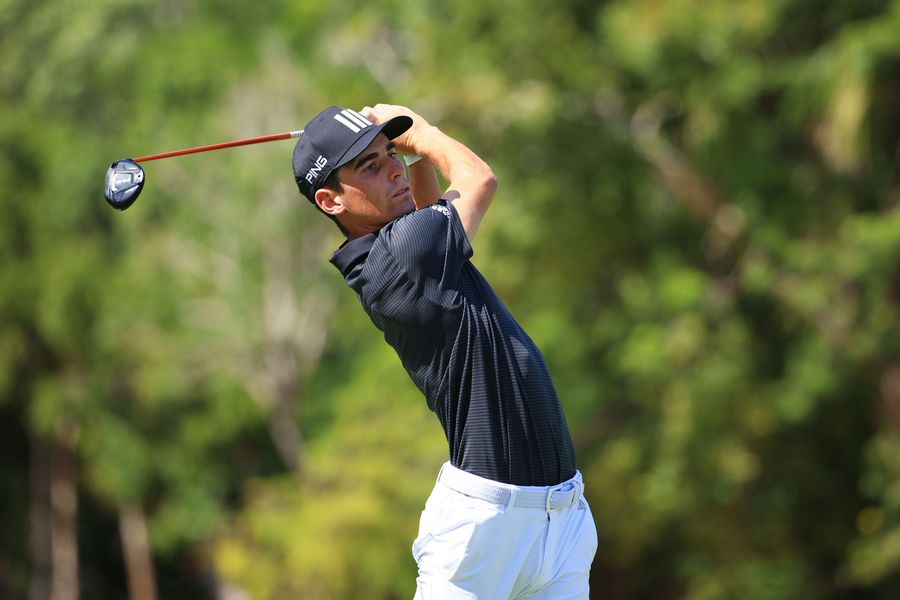 Joaquín Niemann finished his participation in the World Wide Technology Championship in T5. The finishing touch for a week where he played at the

Joaquín Niemann finished his participation in the World Wide Technology Championship in T5. The finishing touch for a week where he played at the top level and showed that he continues to grow. In his fourth tournament of the year, he signed his first top ten of the season. The 18th of his explosive career.

Birdies at four and five to start a killer Sunday. He entered this final round with -11, stuck up and with the illusion of being able to fight for the title. Something that he maintained until the last minute, but that he could not specify. What was done by the Norwegian Viktor Hovland was insurmountable for the aspirants to take the lead from him. The European closed the championship held at the Camaleón Golf Club with -23.

Anyway, the tournament is more than profitable for Joaco. Not only is the first top ten of the season a prize, but it is also worth noting the ability he had in this last round to overcome the problems he showed throughout the week. In the three previous days, the Chilean could not nail any birdie after hole 13. Today two of the five arrived in that final stretch.

So Joaco closes this last pass without bogeys on his card, a key factor to understand the rise of five positions in the table. He leaves the Mexican Riviera with a cumulative 16 shots under par, fighting with players of the stature of Justin Thomas and Scottie Scheffler.

The fifth position achieved gives him his first top ten of the season, having played only three previous tournaments during this 21/22. In his career, it is the 18th time he has finished in the top 10 in a PGA championship. The first since August. Joaco focuses that this is the beginning of a year full of successes. Another one, despite the fact that he is only 22 years old.

The Professional Golf Tour starts in San Miguel de Allende
Uruguay, the best golf destination in Latin America
A shot on the 15th hole that is worth a whole round of golf
GOLF 282