No one stops ‘The Beast’ 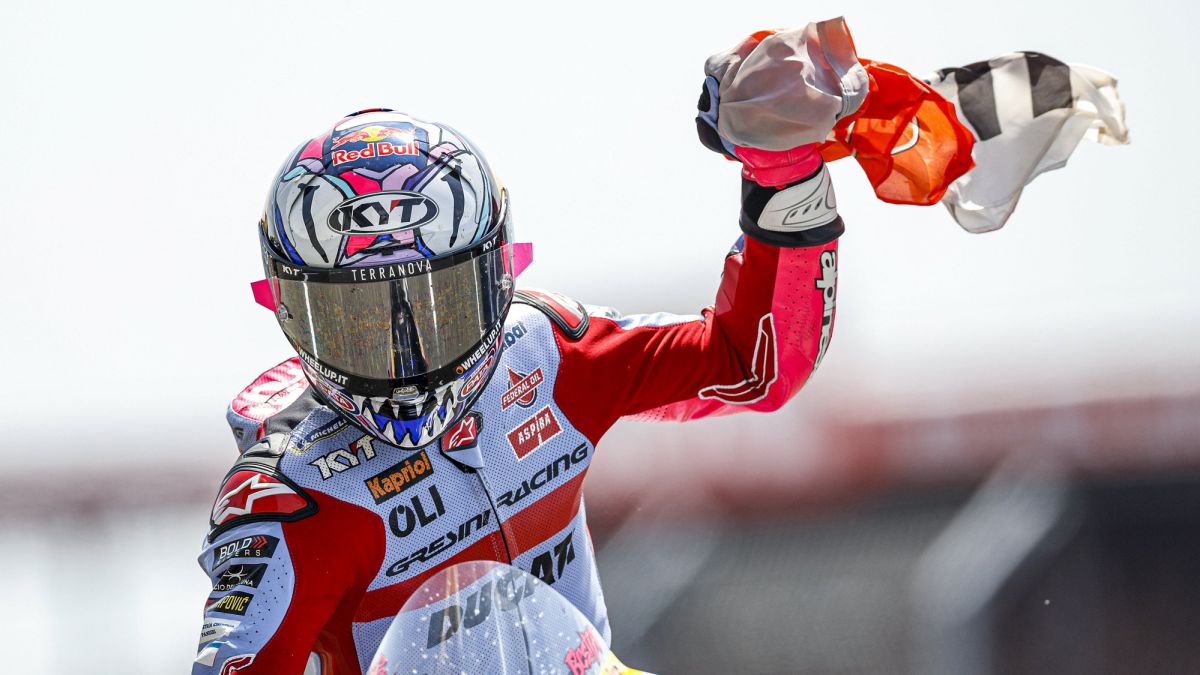 His second season in MotoGP, in a satellite team that is debuting and, as if that were not enough, with a Ducati from last year. However, he alre

His second season in MotoGP, in a satellite team that is debuting and, as if that were not enough, with a Ducati from last year. However, he already has three wins so far this year. Qatar, Austin and Le Mans. No one can stop ‘The Beast’. He went unnoticed in a preseason dominated by the Honda and, although almost nobody counted on his presence in the fight for the crown, Enea Bastianini is already presenting her candidacy to be world champion. In a classification led by Fabio Quartararo, the Gresini Racing driver is third, but just eight points behind and arriving at Mugello as the main focus of attention on the entire grid.

Eyes are on the Italian as a potential favorite for a fourth win of the year. And is not for less. He comes from winning in France and MotoGP lands in Italy, with the motivation of his first grand prix at home, before the thousands of tifosi who will fill the stands looking for a new local hero after the withdrawal of Valentino Rossi and on a track where Ducati has historically dominated. The statistics speak for themselves: the Borgo Panigale brand has won three of the last four events, with the exception of 2021, when Quartararo’s Yamaha won without a rival, and 2020, due to its cancellation due to the pandemic.

However, the Italians once again present themselves as favorites given their larger presence on the starting grid. Ducati will put up to nine bikes on the track. One more than usual after confirming the participation of its test driver, Michelle Pirro, as wild card. And of the nine, six run under the Italian flag on the Tuscan circuit. The fight is served because, although Pecco Bagnaia seemed the natural replacement for Rossi, Bastianini does not want to give up. A new victory would bring him closer to the leadership and, especially, to that regularity that he seeks to achieve after a zero in Portugal and the poor results of Indonesia (11th), Argentina (10th) and Spain (8th).

And everything happens while Enea is also fighting for a place in the official team: Jack Miller’s departure is close to becoming a reality and Jorge Martín’s five zeros in seven races do not leave him in a good position. Bastianini is already the main candidate to occupy the seat of the Australian for 2023. Thus, one more dream is fulfilled at Ducati: an all-Italian lineup alongside Pecco Bagnaia, his spearhead of a project that seeks to be world champion again (Stoner was the last, in 2007).

“We want to confirm that we are always competitive”, warns Gresini in the run-up to the race at Mugello, where he has never had “the pleasure of getting on the podium”. And that is his goal because, in addition, there is another stat that he would not want to break: every driver who has won three races in a season has ended up being world champion. It happened with Marc Márquez in his six MotoGP titles, Valentino Rossi with his seven crowns, Jorge Lorenzo in his three world championships and, without going any further, with Quartararo last year. The beast fly towards a title that is presented as the tightest in recent years.