No progress for Garuba 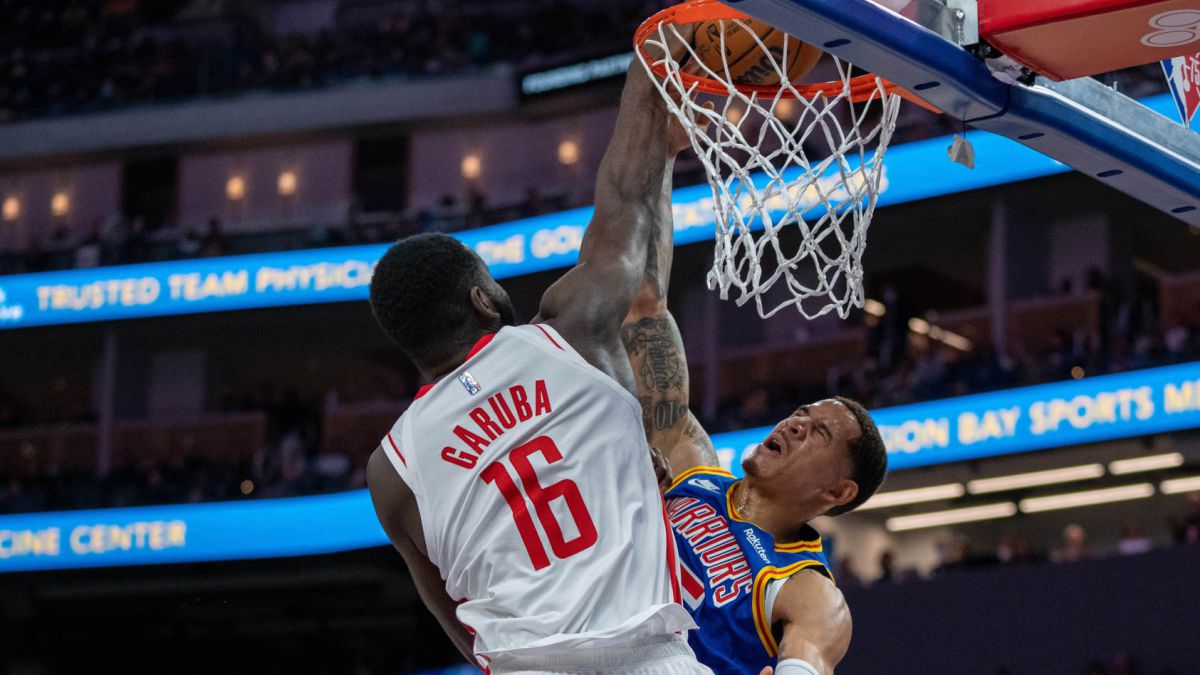 The complicated situation of the Spaniards this season, with the only exception of Rubio in the Cavaliers waiting to see how Ibaka progresses in t

The complicated situation of the Spaniards this season, with the only exception of Rubio in the Cavaliers waiting to see how Ibaka progresses in the Clippers after his last injury, has a name of its own that, due to different circumstances, worries more than others . Juancho and Willy have experience in the NBA and the second has a recently signed three-year contract, Aldama has to take shape for this League and his moments of difficulty to have minutes could be easily foreseen … Usman Garuba, however, yes he is going through a difficult drink to pass. The Spanish international, debutant in the last Olympic Games and undisputed star for the next few years, is not having the expected return if we stick to the cache with which he arrived at the American competition. There is no room for the young man raised in Azuqueca de Henares, at least for the moment.

Garuba has been with the fly behind his ear for a while, although he faced the adventure with great enthusiasm. On an interview with Sergio Vegas admitted that “I expected to be much higher” in Draft 2021, where he was chosen in the 23rd position, so he sees that the correlation of his record with what they think of him in the NBA does not go anything in parallel.

That the Rockets are a team in progress but still under construction gave court so that, worth the redundancy, he saw court. The minutes seemed to be guaranteed for a player like him in a team like that, but that is not the case. Wood is a player with the desire to vindicate himself, trying to show that he is at an All-Star level, and Theis is just as decisive for Silas as he was in Boston, so he has no place as a starter there. But it is that the other rookie with a European air, Alperen Sengun, has also eaten the ground despite having much less impact, having good numbers in Besiktas but without international projection, in the past of the two in the Old Continent. Usman Garuba is totally out of his coach’s plans in Houston, without imposing his rim protection qualities to support a team that is bordering on the 10 worst in defense.

Silas is looking for a rotation of between ten and eleven players, putting in and taking out some like Augustin or Christopher, but pointing out that his priority is the balance between the players and not giving opportunities without rhyme or reason. There Garuba is not even mentioned. Silas assures that he is attentive to the few training sessions that they all have together to evaluate the talent that he still does not know, but the Spanish does not enter into the idea.

The ex of the Real Madrid has disputed only five games of the twelve played for the Rockets thus far and his participation has been testimonial. All presences, in matches lost by ten or more points. His busiest day, ten minutes, was a 31-point loss to the Jazz. The average is 6.1 minutes at 1.4 points for each appointment.

The option of the G-League, at least in a timely manner so as not to lose rhythm, is increasingly clear. In summer, such an extreme was already being considered in Houston, a franchise that is characterized by using its affiliate to grow its young players.

There is no progress in Garuba’s position on this team with the passage of the weeks and movement is not ruled out.