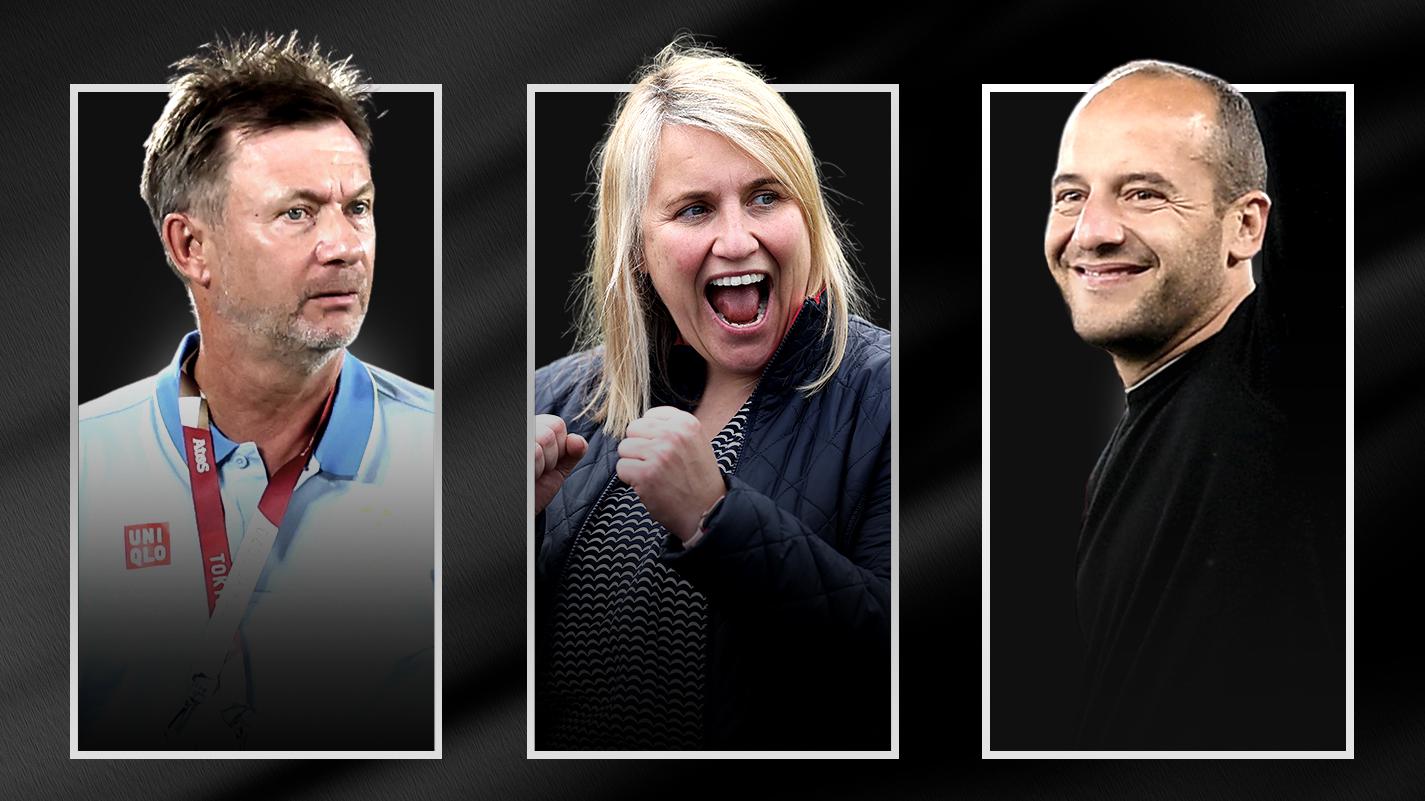 Lluís Cortés, who led Barcelona to glory last season, Sweden coach Peter Gerhardsson and Chelsea manager Emma Hayes with the three nominees for the UEFA Coach of the Year award in women’s football .

Nominated for UEFA Coach of the Year in women’s football

Promoted to head coach in January 2019, he led Barcelona to the final of the UEFA Women’s Champions League that year. Last season Cortés went further, as Barça beat Chelsea 4-0 in the Gothenburg final, which is to add a national double, in a season in which he scored 208 goals in 47 official matches. Third in the vote for this award in 2019/20, he ceased to belong to Barcelona in June 2021.

Named Sweden’s coach in 2017 after previously managing the Häcken men’s team, Gerhardsson led the team to the semi-finals of the 2019 FIFA Women’s World Cup to secure a berth in this summer’s Olympic tournament. In Japan, Sweden were perhaps the standout team after beating the United States 3-0, although Canada snatched the gold from them on penalties. Gerhardsson has also led her team to next summer’s Women’s EURO, in which Sweden looks like one of the favorites.

A Chelsea manager since 2012, Hayes’ side were proclaimed English champions for the fourth time under his hand last season, reissuing their League Cup title and reaching their maiden UEFA Women’s Champions League final. The only previous time an English team had reached the final was in 2007, when the trophy was lifted by Arsenal, with Hayes also on the coaching staff. In the inaugural vote for the 2019/20 UEFA Women’s Coach of the Year, she was overtaken by Cortés for third place.

Classified from 4th to 10th

What is the UEFA Coach of the Year award in women’s football?

For this award, coaches in Europe, regardless of their nationality, were voted on based on their performances throughout the season in all competitions, both national and international, both at club and national team level. Jean-Luc Vasseur won this award in 2019/20.

How were the coaches voted?

The list of three coaches was selected by a jury composed of the coaches of the teams that participated in the round of 16 of the 2020/21 UEFA Women’s Champions League and 20 journalists specializing in women’s football and selected by the ESM group.

The jury members chose their top three coaches, with the first receiving five points, the second three and the third one. The coaches couldn’t vote for themselves.

Loading...
Newer Post
Ferrari, on the side of Red Bull
Older Post
Joshua Buatsi’s fondness for street fighting as a young man led him to the boxing gym and now, years later, he is approaching world title glory.