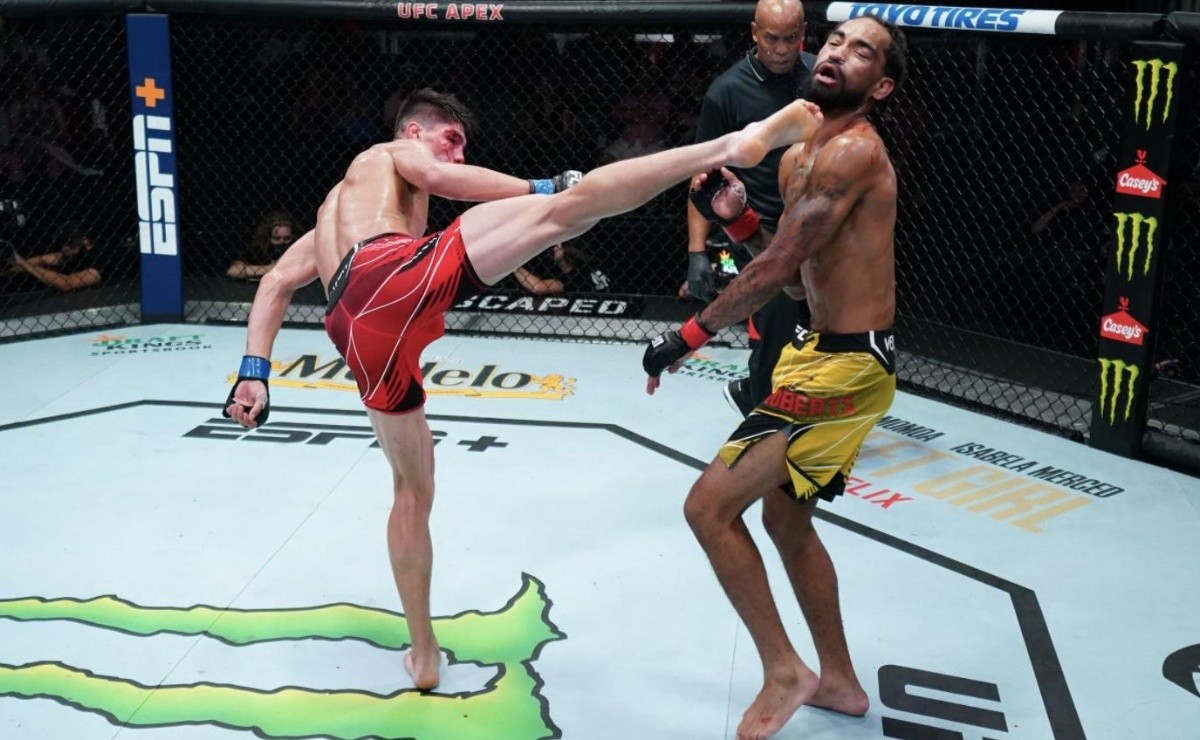 The Chilean athlete entered the fight for the knockout of this 2021 with his victory against Roosevelt Robets. Compete against two MMA champions a

The Chilean athlete entered the fight for the knockout of this 2021 with his victory against Roosevelt Robets. Compete against two MMA champions and legends.

Ignacio Bahamondes continues to make history for Chilean mixed martial arts. La Jaula had a dream 2021, getting its debut in the UFC and making an immediate name for himself in the company.

The Chilean athlete won his contract with a brutal kick against Edson Gómez on Dana White’s Contender Series, which led him to the top MMA competition in the world. And although in his debut he fell by decision to John makdessi, came back with everything to stay with the win against Roosevelt Roberts.

Precisely before the latter, he earned the respect and admiration of all. As the fight came to a close, in the last 10 seconds, he unleashed a spinning kick that went around the world to claim victory. One that today can be worth a tremendous recognition.

This Friday, the UFC revealed that Ignacio Bahamondes is one of the nominees for the KO of the year. The Chilean entered the honor roll of the Ultimate Fighting Championship with a spectacular win over Roberts and is going for the award just one year after his debut.

But the task to win it will not be easy, as you will compete against two champions and legends of MMA. First is Kamaru Usman, who at UFC 261 defeated Jorge Masvidal with a right hand that almost took his head off and that stretched his reign in the Welterweight division.

And as if that were not enough, you will also have to beat Rose Namajunas, who in the same event recovered the Strawweight belt from Weili Zhang with a kick to the face that surprised everyone.

Voting to choose the KO of the year will open on December 22 and it is expected that more nominees will be known in the coming days. However, what was done by Ignacio Bahamondes continues to be talked about until today and could give him his first great recognition in the UFC.